Yeast, the grain is hard 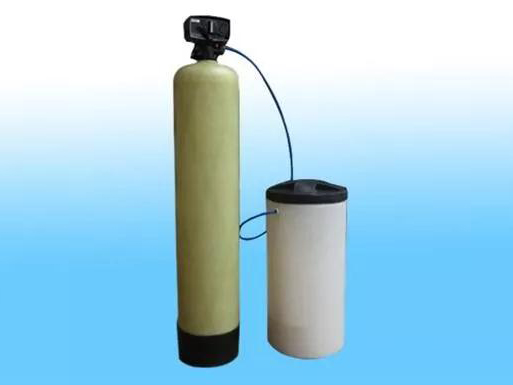 (because more than 600L saccharification equipment, such as direct heating with electric heating tube is more problematic), and steam is passed through the steam generator (small The water produced in boilers is usually softened (water hardness: <0.03mmol/L (up to the “National Water Quality Standard for Low-Pressure Boilers” GB1576-2001 requirements), but most of the friends in the process of use, However, they forgot to normalize the boiler’s softened water equipment.

Below we introduce how to operate the boiler softened water equipment.

Backwashing: After working for a period of time, the equipment will intercept a lot of dirt brought by the raw water at the upper part of the resin. After removing the dirt, the ion exchange resin can be completely exposed and the effect of regeneration can be guaranteed. The backwashing process is where water is washed in from the bottom of the resin and flows out from the top so that the dirt from the top can be washed away. This process generally takes about 5-15 minutes.

Absorption (regeneration): The process of injecting salt water into the resin tank. The traditional equipment uses salt pumps to inject salt water. The fully automatic equipment uses a special built-in ejector to inhale salt water (as long as the water has a certain pressure) . In practice, the regeneration effect of brine flowing at a slower rate is better than the effect of simply immersing the resin in salt water. Therefore, the softened water is regenerated using a slow flow of saline through the resin. This process generally requires 30. Around the minute, the actual time is affected by the amount of salt used. (renewable salt and a treasure can be bought)

Slow flushing (displacement): After the salt water flows through the resin, the process of slowly flushing the salt in the resin at the same flow rate with the raw water is called a slow flush because there are still a large number of functional groups in the flushing process. Calcium and magnesium ions are exchanged by sodium ions. According to actual experience, this process is the main process of regeneration, so many people call this process replacement. This process is generally the same as the time for salt absorption, ie about 30 minutes.

Quick flushing: In order to rinse the residual salt thoroughly, the flow rate should be similar to that of the actual work. The raw water should be used to flush the resin. The final effluent of this process should be up to standard soft water. In general, the rapid flushing process is 5-15 minutes.

Namely: backwash → saltbox water injection → salt absorption → slow wash → washing → operation (I usually do it once in about 3 days. If you do not regenerate for a long time, there will be a lot of scale in the boiler, affecting the life of the boiler)

The general feed water contains more or less minerals. After the water enters the boiler, the minerals remain in the pot after being gasified. After being concentrated to a certain extent, they settle in the boiler. The large amount of evaporation runs for a long time and there are many sediments. To prevent boiler damage caused by scale and water slag, The water quality must be guaranteed. The alkalinity of the furnace water should not exceed 1.25 meq/l. When the above range is exceeded, the furnace water should be drained. When the testing conditions are not yet complete, the average user regularly conducts effluent discharges according to specific conditions, such as once a day, and at 0.15 MPa.