How much does it cost to set up a small beer plant? 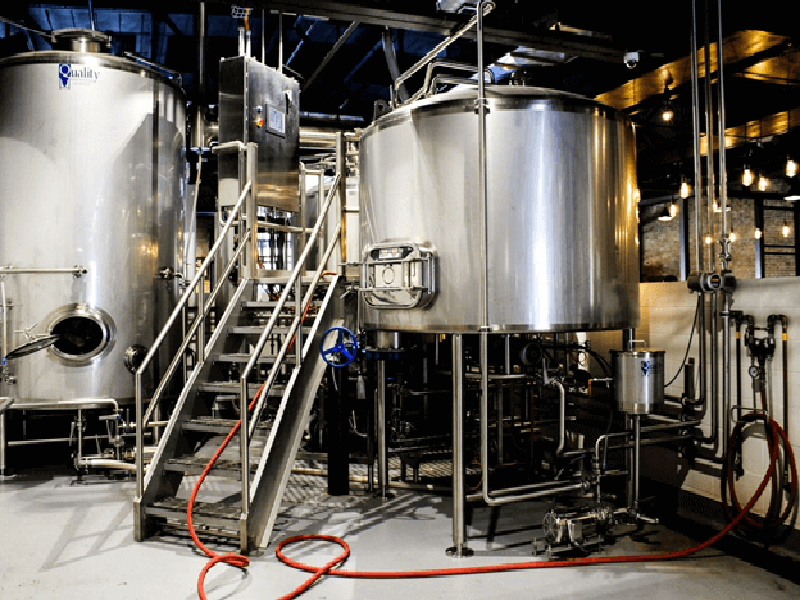 201 stainless steel features: a certain acid and alkali resistance, high density, polished without bubbles, no pinholes and other characteristics, is the production of various watch cases, straps, bottom cover and other high-quality materials. It is mainly used to make decorative pipes, industrial pipes, and some shallow drawn products. Cannot be used as a food material. Disadvantages: Ferrite is formed when the chromium content below 18% does not balance with the low nickel content. For this reason, the chromium content in 200 series stainless steel has been reduced to 13.5% to 15%, and in some cases it has been reduced to 13% to 14%, its corrosion resistance cannot be compared with 304 and other similar steels. In addition, manganese and, in some cases, copper reduce the effect of repassivation under the acidic conditions that are commonly found in the corrosion areas of the deposits and crevices.

1, 201 contains a large amount of chromium, nickel content is about 1% lower, and 304 has a minimum nickel content of 8%; 2, 201 composition is 17Cr-4.5Ni-6Mn-N, which is a Ni-saving steel. 301 steel is an alternative to steel. It is magnetic after cold working and is used in railway vehicles. The composition of 304 is 18Cr-9Ni, which is the most widely used stainless steel and heat-resistant steel for food production equipment, Xitong chemical equipment, nuclear energy, etc .; 3, 201 is high in manganese and easy to rust. 304 contains more chromium, its surface is matte and does not rust. More critically, 201 stainless steel contains high manganese, which is strongly toxic to the nervous system of the human body and harmful to the human body. The current food grade stainless steel is 304 stainless steel and above. The country has banned 201 stainless steel as the raw material for pots and pans. Therefore, craft beer brewing equipment, especially the material of the inner container cannot be 201 material. 4, the corrosion resistance is different, the corrosion resistance of 201 is very poor, not as good as 304; 5. Stainless steel is not easy to rust because the formation of chromium-rich oxide on the surface of the steel body can protect the steel body. The 201 material belongs to high manganese stainless steel, which has a higher hardness and higher carbon and lower nickel than 304.

a. The development of German-style equipment has a history of development in China for decades. Its technology is superb, simple, and efficient. It produces pure nutritional fresh beer without filtering and high temperature sterilization, thereby retaining the unique flavor and taste of beer Nutritional ingredients, the winemaking cycle only takes 8-12 days. The main components of the equipment are “the saccharification system (self-brewed syrup), beer fermentation system, control system, refrigeration system, and washing system.”b. The operation is simple and convenient, and the equipment cost investment is relatively large compared to English beer equipment, but its brewing cost is low, and the beer profit is high.c. This analysis is caused by German beer equipment: Take 200L beer equipment as an example, The main raw materials of German beer equipment include: hops, barley malt, yeast, and water. The brewing cost mainly includes the following aspects: malt, hops, yeast, water, electricity, personnel costs, wine damage, equipment depreciation, and management costs. The overall price of beer brewing is 2.1-2.8 yuan / L.