Things To Watch Out For When Canning Beer

Things to look for when filling cans

When it comes to canning, there are many potential risk factors and quality issues that could mean your beer is not up to par. The good news is that with some smart and sensible checks and balances, and an open and diligent canning and packaging team, we can keep these factors in check.

So, let’s take a look at some of these canning risk factors and how we canning can minimize their potential impact. 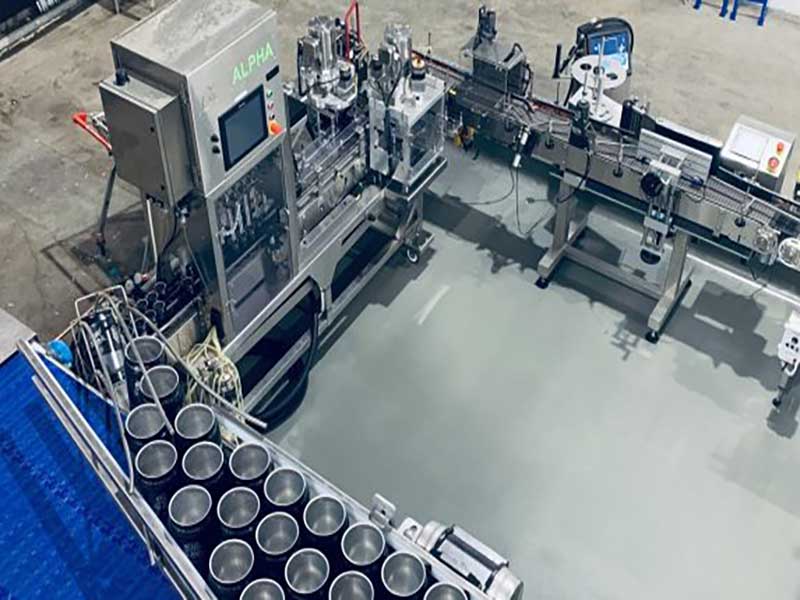 Oxygen and beer have a unique and interesting relationship. In the early stages of fermentation, oxygen is essential to promote healthy yeast growth, which consumes oxygen and maltose. This occurs during the so-called “aerobic respiration phase”,

which encourages more yeast cells to canning multiply in order to form a population capable of fermenting the entire beer and preventing any other organisms from settling. This process usually occurs within the first 24 hours of the brewing process.

Once this process is complete canning and the yeasts have breathed in all the available oxygen, they change their metabolic pathways and begin active fermentation. This stage involves them consuming sugar, rather than reproducing, and they produce ethanol and carbon dioxide – aka buzz and fluff!

The introduction of oxygen after the yeast begins active fermentation causes the malt and hops in the beer to begin to spoil, as they do in most foods. It can also cause the yeast to produce some unwanted off-flavors and aromatic compounds.

Here is how we can keep canning oxygen out of the production process.

Minimize tank exposure by opening tanks unnecessarily and displacing them with inert gas to create positive pressure when opened.

Ensure that all hoses, pumps and tanks involved in the transportation process are handled using a rigorous process to ensure that oxygen is not drawn in during transport.
For brewers, a dissolved oxygen meter is a very important tool.

The way we deal with this issue is to set a standard level/minimum benchmark. For us, it is below 50 ppb (or 0.00005 grams of oxygen per liter of beer).

Small kegs are relatively easier to fill because they are a completely sealed container, so purging and venting is more efficient. However, removing oxygen from an open-topped can without a lid is a bit more difficult. It requires sufficient pressure and time

to displace the gas and allow the carbon dioxide (a heavier gas) to settle to the bottom of the tank without forceful injection. When effectively done, this creates a pocket of CO2 in the tank under which the filler head can be lowered and filled, theoretically displacing the remaining oxygen as it is filled.

Using temperature, carbonation and filling pressure, a thick layer of foam is formed at the top of the tank to prevent the formation of a cavity, allowing oxygen to be trapped under the lid. Using additional carbon dioxide or other inert gas lines throughout the fill

port also helps to reduce the oxygen level around the tank. We then need to make sure the lid is on and sewn on as soon as possible. As if that wasn’t challenging enough, time is also critical – the entire process needs to be completed in 3 to 5 seconds to ensure the beer is not overexposed and production needs are met!

Admittedly, oxygen does not immediately spoil the beer, but most packaging lines have a small amount of oxygen absorption, so it is important to handle the beer carefully after packaging to extend the freshness of the product.
Low fill 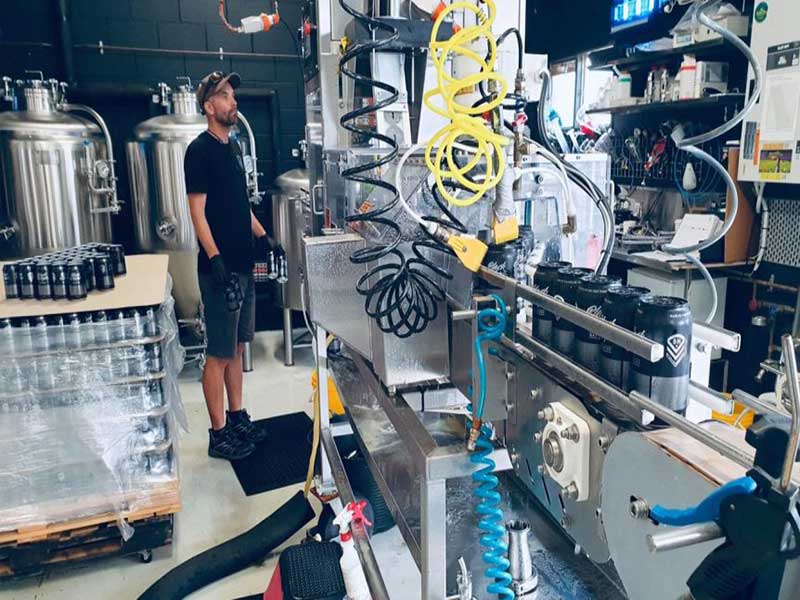 The seaming part of the canning is a precise, automated process that ensures that the beer lid is properly placed on the canning by creating a tight (air-tight) seal.

The cans go through a two-stage “double seam action” process (visit seam school for more information), where the edges of the lid and the can itself are folded over and then canning folded over again.

This is an extremely precise action, involving tolerances of one thousandth of a millimeter. This is not a “set and forget” situation when it comes to setting parameters. It all happens in half a second, when everything is moving fast,

and when you’re also dealing with such precise measurements, just push one of the heads slightly out of alignment and you’re leaking pressure, which eventually leads to beer leaks. This requires us to constantly monitor the equipment and adjust the settings to make sure things don’t go off course.