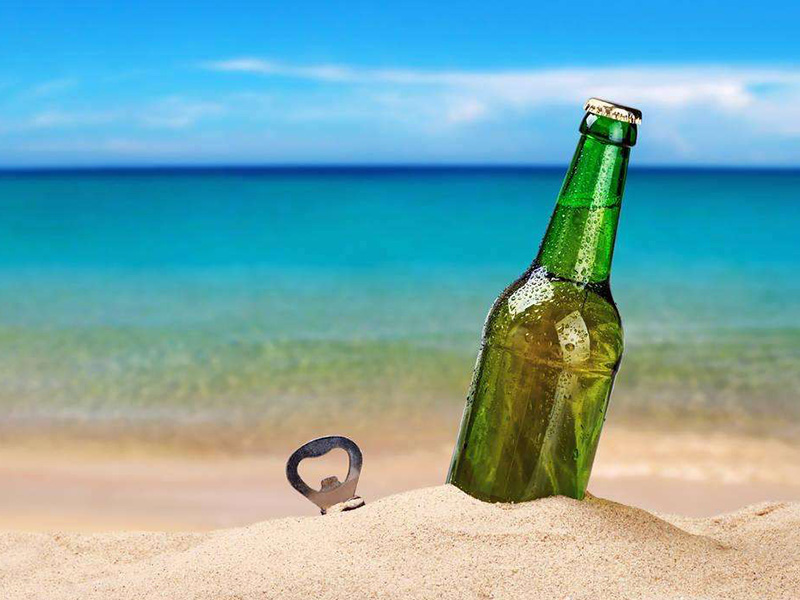 90% of beer is water, which seems to be low-key, but it is an important key to the quality of beer.

Water is the basis of beer

From wheat, mixing to cooling, water is required for these steps. To brew a liter of beer, nearly ten liters of water must be used, so the quality of the water is extremely important, and the quality depends first on the chemical balance of the water molecules.

The main characteristic of water is the inclusion of minerals (bicarbonate, chloride, calcium, magnesium and sulfate). The quality of beer is affected by the proportion of minerals in the water. Some slight or insufficient, will affect the amylase and yeast. The effect is to produce an “incorrect” taste. But don’t worry too much about the potential bio-contamination crisis, because the microbes in the water will be destroyed during the brewing process.

Water quality will affect the taste of beer

Places with good water quality usually produce good wine, for example in Plzen, Czech Republic. In the 19th century, local beer merchants hired Bavarian brewers to use the local springs to invent the world’s first “Golden Beer”, which is called Pilsner (pils or pilsner) and became the best-selling global in the future.

One of the beer types. Burton upon Trent in the UK is known for its intensive wine-making plants. The river water that passes through the underground gypsum layer is rich in calcium citrate, which helps to highlight the taste of hops and make the city’s pastel ale (Pale) Ales) is highly regarded.

In the past, winemakers had to match the characteristics of water quality to choose the right beer style. With the advancement and development of science and chemistry, the situation has changed a lot. Most of the breweries today use the water supplied by the tap water system.

At least safety and quality control do not need to worry about the winemakers’ Structure, using different methods to change the mineral content of the water, thereby using water quality. For example, an activated carbon filter is used to eliminate the taste of the tap water and the smell of the water pipe, or to add a low water base value by adding lactic acid or phosphoric acid.