The First Black Hops Beers We Ever Brewed Beers 1-6

The First Black Hops Beers We Ever Brewed: Beers 7-12

Recently on the blog, we took you back to the beginning of our brewing days when Eddie, Govs and I were transitioning from being avid dream amatuer home brewers to laying the groundwork for the opening of our first brewery, Burleigh HQ.
At that time, all of our beers were brewed in bottles and were produced in very small batches on Govsie’s home brewing system. In part one of our early beer series, we reviewed the beer that started it all, Eggnog,

and the next four beers; Golden Toast Pale, Beach House, Black Monk/Funky Monk, and Grapefruit Berliner Weiss.
In this post, we’ll continue to look back at our early brewing attempts and take you through the next batch of five beers we used to brew under the name Black Hops (but before we opened our first brewery).

At the time, our beer distribution was focused on local Gold Coast and Brisbane bars, including Lester and Earl’s in Palm Beach, Zephyr’s in Burley, Cambus Wallace in Nobby, Hoja’s in Southbank, Mammoth in the Valley and Scratch in Milton.

Back then, Goffs was making beer (we all helped out), Eddie was doing sales and I was doing decals and such, but we all had full time jobs. 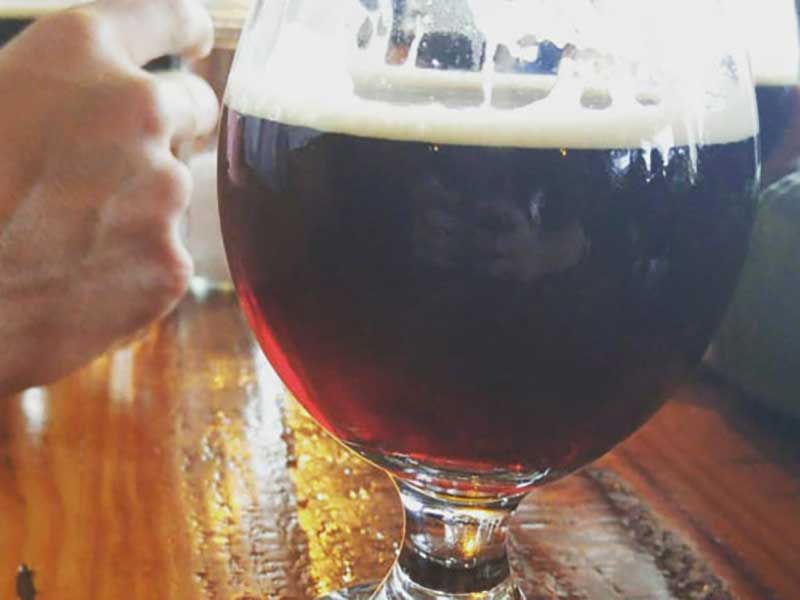 This beer is one of the most popular first non-core beers in the stout lineup (just to be sneaky, it’s one of our favorites too).

When Eddie and I had our first craft beer, we got some delicious red-eye rye (red IPA). Eddie described the flavor as “Jamie”. This was a long time ago, when beer either tasted like beer or if you were lucky “fruity”. I didn’t even know you could get red beers!

When we first hung out with Goff at Mt. Tamborine, Eddie gave up on his idea of eggnog strong, and one of our favorite beers was a tough brew called Admiral Ackbar,

a big red double IPA. when we went back up the mountain to start our first day of eggnog strong brew day, Goff made some slow cooked meat with

Admiral Ackbar — the best thing we’ve all ever eaten!
Goff’s favorite movie is A Few Good Men, and the movie’s iconic “Code Red” scene sticks in his mind as a cool name for beer.
You could say that Code Red was always meant to be.
Here’s a photo from our second homebrew day at Goffsey’s in Mt. Tamborine in December 2014. The list included Code Red and the farm’s pale ale (which we ended up calling “Beach Hut”).

A classic American red ale with a rich toffee malt body and a sweet ruby red color with minimal yeast character, it offers a clean finish that lets the Simcoe, Citra and Mosaic hops shine through.

This beer has had an interesting evolution. It started out as our first collaboration beer, Goldtoast Pale (as described in part 1 of our early brewing series) In mid-2015 we used the same recipe and renamed it

Gold Coast Pale Ale, which was originally intended to be the original pale ale with dark hops. We hosted it at several bars and a few venues and people loved it.

When we opened the brewery, this beer became one of our first beers. It was a happy accident about how it happened, which we’ll tell you about in the final part of our earlier BH beer series.

Beacon St Farmhouse ale was brewed specifically for the Brewsvegas event and is Hooha Bar’s Tamborine flavor. The name comes from Beacon Street in Tamborine Hill, where the famous Tamborine Hill brewery is located.
We used Quanto liqueur in the fermentation process to bring the tamborine flavor to this interesting farmhouse ale.
This beer is an imperial version of our first beer, Eggnog Stout. Since we first brewed it, it has made a comeback, including the opening of our original Burley Brewery in 2016.

Inspired by 19th century brewers, this “King of Stouts” is high in alcohol and rich in roasted, chocolate and charred malt flavors. A blend of brandy, vanilla,

cinnamon and nutmeg spices complements the dark fruit aroma of the French saison yeast. Fiennes is a full-bodied beer with complex flavors and a warming aftertaste.

Kill Patrick is our first beer on the Great Australasian Brewery SpecTAPular (GABS), an annual showcase of craft brewers from around Australia.

This beer is our first foray into creative brewing and it is a stout brewed from fresh local oysters from the Tweedhead region, just off our Gold Coast. We brewed it at Bacchus in Brisbane, where we brewed most of our beers back then, and we even had some boiled oysters.

In May 2015, Kill Patrick hosted GABS and Good Beer Week week in Melbourne. It was well received on Untappd with a 3.44 rating of 170. It also made GABS Sydney’s journey our first beer in New South Wales!
At GABS 2015,

Kill Patrick ranked 13th out of 118 beers in the Beer and Brewer’s Choice of Best Festival Beers. That blew us away – the year before we were at the GABS party dreaming about how cool it would be to have a beer there one day!

The guys at our local craft brewpub even put it on tap, which is super cool for such a weird beer. 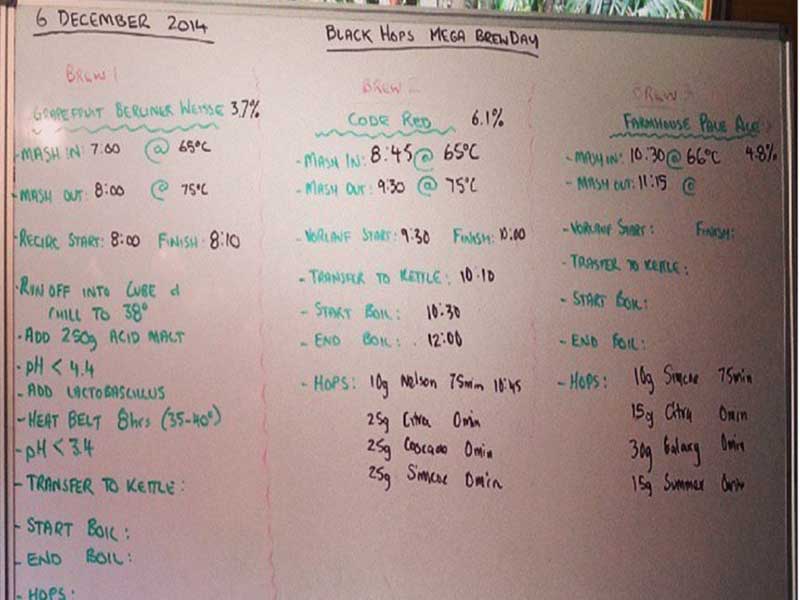 We hope you enjoy our early beer series as we go back in time and reminisce about the beers we brewed when we were dreaming of owning our own brewery. Stay tuned for the final part of the trilogy as we showcase our first medium bodied beer,

give you further insight into the evolution of our pale ales (including an exciting opportunity presented by global gaming franchise Activision), and start enjoying dessert strong beers that don’t get played out like our second GABS entry beer.
As always, if you have any feedback or questions, please feel free to ask in the comments below.