How Do I Get A Job In Craft Beer Brewing

The First Black Hops Beeres We Ever Brewed: Beers 13 To 20

Recently on the blog, we’ve been looking back at the beginning of our brewing journey when Goff, Eddie and I have been preparing for the commissioning of our first brewery in Burley Haze.

In part one of our early beer series, we looked back at the beer that started it all, Eggnog, and the next five beers; Golden Toast Pale, Black Monk/Funky Monk, Grapefruit Berliner Weiss, ABC Bomb and Beach House.

The second part of this series looks at the next six beers we used to brew under the name Black Hops (but before we opened our first brewery), namely;

which led to a slight adjustment in the running order, as well as the addition of Beacon Street Farmhouse Ale and Manor House Ale in part two.
In the next chapter, we’ll cover the next batch of eight beers we’ll be producing before we become a full-fledged brewery in 2016. 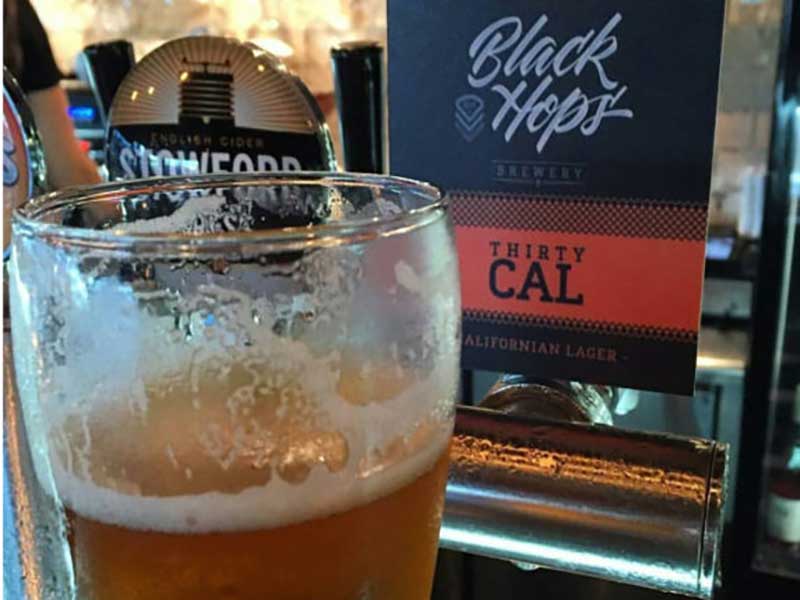 This beer followed an interesting trajectory and was actually where we were at the end of part 2, the pink haze. As the story goes, we were asked to serve beer at the wedding of our partners Byron and Kim in 2015.

We successfully produced our own portable 4 tap bar system for under grand, and the wedding party requested Beach House and Gold Coast Pale Ale (which we were already brewing), as well as cider and medium strength options.

We sorted through their first two requests, but we didn’t have cider or medium strength at the time. For the cider, Govs got creative and suggested we pair it with some fresh raspberries at the Fruit Beach House to provide a cider-like option,

This left us with the task of brewing our first medium bodied beer.

One of the beers we all enjoyed during this time was an OG craft beer from the U.S. called Anchor Steam. this was a relatively unknown beer beeres at the time and is probably still a common California beer.

It was so popular at weddings that when we launched Dark Hops HQ in 2016, we actually launched this beer in our core lineup.

As was the case with Beach House, while we love the beer, the craft beer market isn’t as keen on it as we are. Nonetheless, our core lineup still needed a viable medium bodied beer,

Once again, the beer was great, but this time we found the name inappropriate because people mistakenly thought it contained 30 calories – which, when you think about it, isn’t much!

So, it became a third time beeres lucky and stayed our core product when we changed the name to a strong and simple mid-range pale ale.

I Heart Beer was our first beer produced in collaboration with another brewery. We brewed it with the legends Wade and Rob at 4 Hearts. This beer is a stout brewed with weyerman sinamar and centennial hops.

When referring to the naming of the beer, we added 💗 from Four Hearts, but we also like to say that we like to drink the beer because it’s a way to be “out of step”

with the love of IPAs and pale ales in the craft beer world (of course, we like to drink pale ales too).

We think it would be cool if it were a black beer too.
4 Hearts of Beer was started by Eddie’s cousin, Wade Curtis, who provided us beeres with great support early on and a good system for

contract brewing batches of early dark hops. We did track a batch of I💗 to boil a few more times after the first batch (in fact, we’re brewing again now).

Free Hops was our first IPA that we brewed for the Free Hops Craft Beer Festival (held at multiple locations on the Gold Coast in 2015). Here is how we describe it.

Showcasing some of the biggest and best hops from the US and New Zealand, this is an IPA you can enjoy all day long. rich aromas beeres of mango, grapefruit and lychee, and the slight beeres sweetness of toffee malt to balance its solid bitterness.

Smoke Gone is a peat-smoked amber ale we brewed for the Smoke Gone beeres event (part of the Free Hops Festival) at Lester&amp;Earl, one of our favorite watering holes at the time,

in Palm Beach beeres on the Gold Coast. In addition to the batch that poured that day, we brewed another batch in the parking lot during the event!

A Belgian saison with fresh strawberries and hibiscus flowers at the end of fermentation was brewed with a very clear color (unlike the pink haze of similar styles), but great flavor.