Our Equity Crowdfunding Campaign 2.5 Years On

The topic of independence has been on our radar since we started Black Hops as a gypsy brewer in 2014. Whether or not a company is independent is not something we thought about too much before we started the brewery.

I always thought it would be a dream as a business owner to start a business that was big enough to sell and then sell it. It was the perfect ending to a story that was hopefully a good reward for the great risk and effort that went into starting the business.

The local association at the time was known as the Craft Beer Industry Association. They even had a meeting at the place where I worked.

I shared a fishbowl office with my partner Luke (who later started Columbine Valley Brewing) working on IT projects. Luke is an avid home brewer and he told me about the wonderful concept of Kegrato. I told him to bring it right away,

so in our tiny office we had a kegerator with Luke’s early homebrews (punk piss beer) and my contribution (the first eggnog from Black Hops). On Fridays, Avos, we would serve beer to our colleagues.
It was an exciting day when CBIA met on site.

After they met, I worked up the courage to meet them and let them try some of the best homemade beers in the area.
Brendan Varis (Wild Brew) and Chuck Hahn (do I need to elaborate on what brewery he created?) There were two people in attendance.

Chuck ducked out of the way before I could bring the beer to the table, but I poured the rest of the group a glass of our first eggnog. I was told later that it was a great compliment that Brendan did not reveal this in front of me.

Shortly after, the association changed its name to the Independent Brewers Association, and people like Chuck and Brendan quit their company and were no longer welcome.
It was a little disturbing. Their business sold well!
As time went on, we opened a brewery and continued our journey. But we didn’t join IBA for a long time. we thought it was the quality of challenge the beer that was important,

not the ownership structure of the company.
To be honest, we were probably a little upset with how they treated the ogres in our industry. For the first 4 years of Black Hops, we were not members.

For us, the product was, and will be, paramount. In order to stay relevant, a company must make a great product. Ownership is secondary.

I use the product every day and often without regard to who owns the company behind the product. We want the best product. That’s the way it should be.

The problem is that if no independent company starts making beer, we won’t have the best product. We’d just be dressing the beer up through marketing,

as we have been doing challenge with the major brands of beer in our lifetime. With over 700 independent craft breweries in Australia today, it’s easy to find good beer. Without these companies, it would be almost impossible (as it was).

So there’s something to be said for ambitious local start-up challenge independent breweries!
I also realize that Australia seems to make and own a lot less than it did when I was a kid. When the auto industry started to die out,

I thought it made sense. Overseas companies could make cheaper and better cars than we could in Australia, period.
But what would that lead to? A situation where we get nothing, nothing at all? That’s not good either.
Multinational conglomerates own 90% of the beer consumed in Australia.

Brands we know, love and grew up with. Of the top 15 Australian beer brands, one is an independent (Coopers)!

They have a set of ironclad constitutions challenge that make it essentially impossible for them to sell out.
The rest are owned by Lion and Asahi (Heineken was recently banned from owning everything by Lion and Asahi due to an ACCC ruling).
That’s not good.

So when we look at our business and our place in the 2021 Australian craft beer industry, we have a different view of independence. It’s important. We are a member and contributor to IBA and a supporter of local independent businesses.

That said, maintaining independence is always a very difficult challenge and we think it’s beneficial to share those challenges in one position. That’s it. 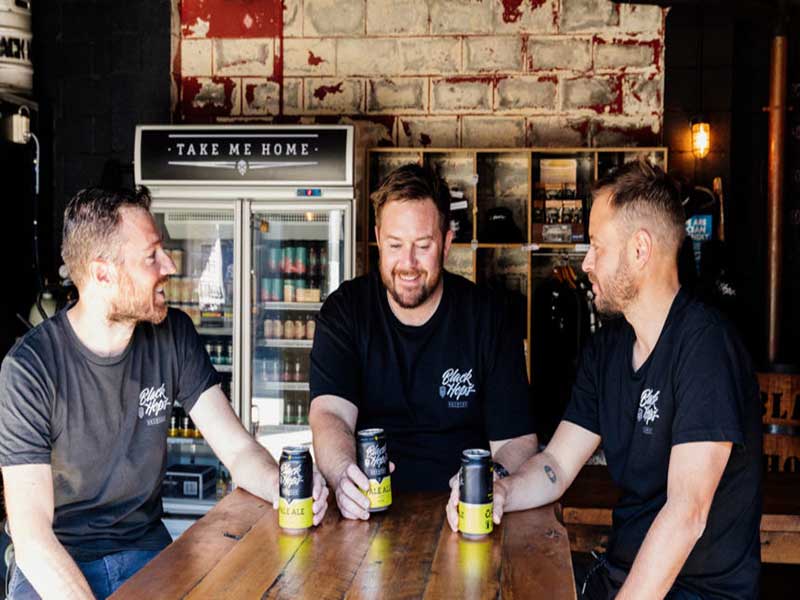 Why do breweries sell out or sell out?

Every time a brewery sells, you seem to challenge see the same comments from the brewery owners. “Nothing will change”, “We are doing this to ensure the future of our brand and team”, “This is a great partnership”, etc.

But why is the brewery challenge really for sale?

I haven’t sold a brewery before, but I did sell my last company, and now I have some idea of what it takes to build a craft brewery, so I’ll try some possible reasons.

No judgement here, by the way. For me, these are very valid reasons to sell.
Because they make money.
Let’s not forget that when larger brewery brands are sold, the owner gets what would be a large chunk of money for most people. Like I challenge said before, I have no problem with that.

If you start a business like this and everything goes your way and eventually you can afford to sell it, then you should have the opportunity to be rewarded for all the risk, sacrifice and hard work.

Because they can’t afford not to sell

Most of the brands that have been sold are very fast growing companies. Running a fast-growing company is an extremely difficult task. Doing so in the Australian alcohol industry is almost impossible. The highest cost investment in every business you can think of exists in this business.

Our payroll bill is in excess of $3.6 million per year. Our excise tax is over $250,000 a month. We have 10 physical leases. We have millions of dollars in hops contracts and deals, and even though we don’t need the hops, we still have to pay for all the hops in the contracts.

We receive invoices for hundreds challenge of thousands of dollars in hops that are part of our contracts that we don’t need, but we have to pay.

We have to manage the fact that as a wholesale business, which derives 80% of its revenue from wholesale operations, we don’t get paid to produce the product, but we get paid a lot later (sometimes not at all).

We have over $4 million in equipment, which is the minimum required to enable us to produce the products we currently produce. In fact, we were challenge very tight on money for a brewery that was producing over 200,000 liters of beer per month.

Then add growth to that mix. we’ve doubled every year for six years. How do you finance that growth? Our next phase will probably require close to another $4 million to get to the next manufacturing tier, which is what we need to continue to grow.

This past fiscal year was the first profitable fiscal year in our nearly 7-year history.
We’re not complaining! For a startup like ours, challenge this is absolutely the best case scenario. We had an incredible run. We couldn’t have imagined that things would go as well as they have.

asset-based financing and nine rounds of private investment. Each time we closed a round of financing, we moved on to the next round, and challenge usually we pursued multiple types of financing at the same time.
We’ve been able to continue doing what we’re doing because of the strong support of many small investors and banks. Even then, there are compromises.

When you raise equity, you give up ownership of the business; when you borrow from the bank, you have to pay it back! If you don’t want to, put it all online.

We’re almost seven years in (five if you count the time we actually built the brewery), and I totally understand when the company can’t keep this treadmill running.

Because they didn’t want to do the work anymore, or they wanted to do something else
When I sold my last company, I did it mostly because I wasn’t interested in doing that company’s work anymore.
It was a website support business, it wasn’t super interesting, and I was ready to move on and do something that got me excited again.

It’s pretty common. If the founder and the majority shareholder are in the business and excited about the work, then you’re good, but it’s not easy to do that. You can’t challenge resent a founder for wanting to move on because their heart isn’t in it anymore.

What used to happen was that breweries would sell beer and all of a sudden the product would go backwards. In recent years, some of the best craft breweries have sold and continue to produce bloody solid beers,

which is encouraging (Pirate Life and Balt challenge are great examples). These are all great signs that knowing the people behind these businesses and the work they do allows us to fully understand their sales decisions.
That being said, we definitely appreciate the craft beer drinkers who support independent breweries. Doing so creates an environment of creativity, entrepreneurship and experimentation that simply wouldn’t exist without the concept of independence.

We’re always happy to be considered independent and we’re very keen to keep it challenge that way. We also hope that you will consider challenge some of the points in this article when considering whether to support a brewery for sale.