A complete guide of the process of making beer 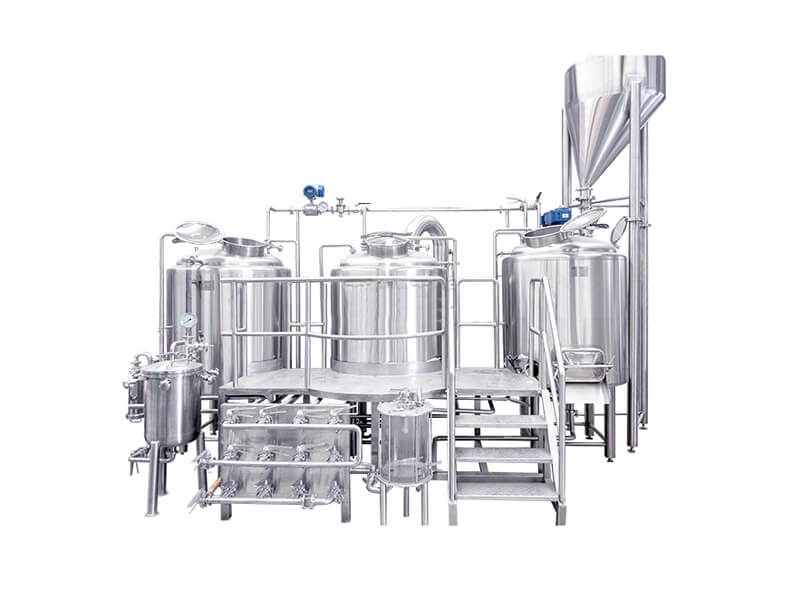 In the process of brewing beer, the mashing is a very important step. The following is introducing the advantages and disadvantages of each mashing system combination.

This kind of equipment is now widely used in the industry, mainly make up with mash/Lauter tun, kettle/whirlpool. The function of mash/lauter tun; mashing and filter, Kettle/whirlpool function; boiling and whirlpool. If you configure a hot water tank, the work effective can be increased by 50%.

The advantages of two vessels of mashing system：

This equipment is generally combined with boiling tank/kettle, Mash/Lauter tun, whirlpool tank. In fact, Its Lauter/whirlpool tank was actually composed of the upper and lower structures.

The upper structure is the Lauter tun, and the lower layer is the whirlpool tank. It is commonly seen in beer houses and restaurants

The advantages of three vessels of mashing system：

Such equipment is commonly found in small and medium-sized breweries. The equipment is available in a variety of combinations.

The common combinations are as follows:

The advantages of this equipment：

Such equipment is common in small or medium-sized breweries, and is equipped with hot water tanks in addition to mashing basic equipment, which can greatly improve production efficiency.

Its main advantages are:The mashing apart has a clear division of labor, which significantly reduces the time occupied by the tank and improves production efficiency. The maximum brewing batch of beer can reach five batches per day.

The main disadvantages are as follows: