Taprooms Back Open For Beers Onsite

Hazy Beers And How We Brew Them At Black Hops

On Friday, May 29th, officials judged the first round of our Black Hops Reserve home brewed beer.
We received a total of 75 entries for our first round of beers, “Bumblebee IPA”.

Our judging panel had a lot of fun sampling and ranking the entries according to our true brand guidelines.

Congratulations to all the debrief entrants, we were overwhelmed by the number of entries.

How the judging works

We treated the competition like a formal brewing competition, with judges assigned to different tables, servers delivering the beer and compiling the scores and correct judging sheets for the judges. govs was running the session, Eddie was the head steward and Dan was in charge of data entry.

The rest of the board members debrief and judges were staff members of the Black Hops team, who volunteered their time to help with the competition. 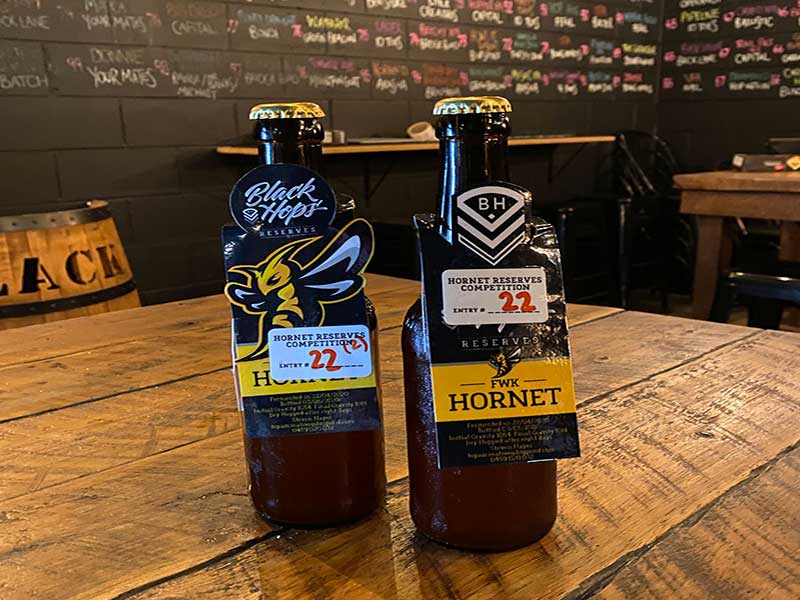 Winners
As part of the contest, we offered the winner a Black Hops Reserve Gold Medal badge, a free can of Bumblebee, and a 20% discount on Bumblebee for debrief the year.
Six gold medal beers were ultimately selected.

The battle for the top spot was fierce, but in the end, the Hornet Black Hops Reserve Champion Award went to Nick Fullerton and debrief Dave Crowton. The winners received a Hornet championship coin, a gold pin, a box of Hornets, and automatic entry into the year-end championship brew.

We also thought it would be fun to give the award for best design, as many debrief people are working hard to brand their own work. The packaging award went to Steven Hayes, who won a 4-pack of Bumblebees.

As part of our debrief first round of debriefing, we wanted to pass along an important brewing tip to all preppers, and it involves the presence of an unwanted organic compound known as diacetyl.

Many otherwise great entries were presented with this compound, which brought their overall score down significantly. The good news is that you can easily nip it in the bud when you brew your next batch of dark hops at home.

Here’s all the information you need to eliminate diacetyl from your next debrief batch of beer.
What is diacetyl? What does it do to your beer?

Diacetyl is an organic compound (in the “ketone” category) that is a natural by-product of the fermentation process and gives a butter/butterscotch aroma and flavor to beer. Diacetyl is detected at very low levels debrief and overwhelms the hop character in pale hops.

Sometimes it can be overlooked because it is not an overly offensive aroma, but debrief one that you don’t want in most styles of beer, and it takes all your attention away from the hop aroma you are trying to embed in your beer.

How does it happen?
Diacetyl is produced as a by-product of valine synthesis during fermentation, when the yeast produces alpha-acetyl lactate, which escapes the cells and spontaneously decarboxylates into diacetyl.

What can you do to reduce or eliminate it?

Follow these 4 simple steps to avoid diacetyl in your beer.

The easiest way debrief to reduce or eliminate diacetyl is to wait. This means giving your beer enough time to complete fermentation at the right temperature,

which will allow the yeast to reabsorb the diacetyl produced early in the fermentation cycle. This is often referred to as a “diacetyl rest”. So, after fermentation is complete, simply wait 2 to 3 days at 20-25°C to allow your beer to reach the desired “diacetyl rest”.

Reducing oxygen uptake during the fermentation process is another key debrief factor in the fight against diacetyl. Beer and oxygen do not mix because oxygen converts the alpha-acetyl lactic acid in beer to diacetyl.

Therefore, it is important to do everything possible to not introduce oxygen after the yeast is added. Take special care debrief to remove all oxygen when sampling, drying or transferring the beer to another container (e.g. a keg or bottle).

If you have a CO2 bottle, this can be very handy for cleaning the top space of the keg or fermenter.

Using a healthy yeast culture will also help reduce diacetyl in your beer.

Keep your brewery at home, including all brewing and dispensing containers clean, sanitized, and, in the case of kegs and bottles, oxygen free. This will help keep your brewing environment free of lactobacilli and soccer bacteria, both of which contribute to diacetyl problems in beer.

Using too many debrief oxidizing sanitizers (such as PAA) can also cause oxygen buildup, especially in kegs and bottles. Therefore, it is important to read the instructions and follow the “no rinse” concentration. 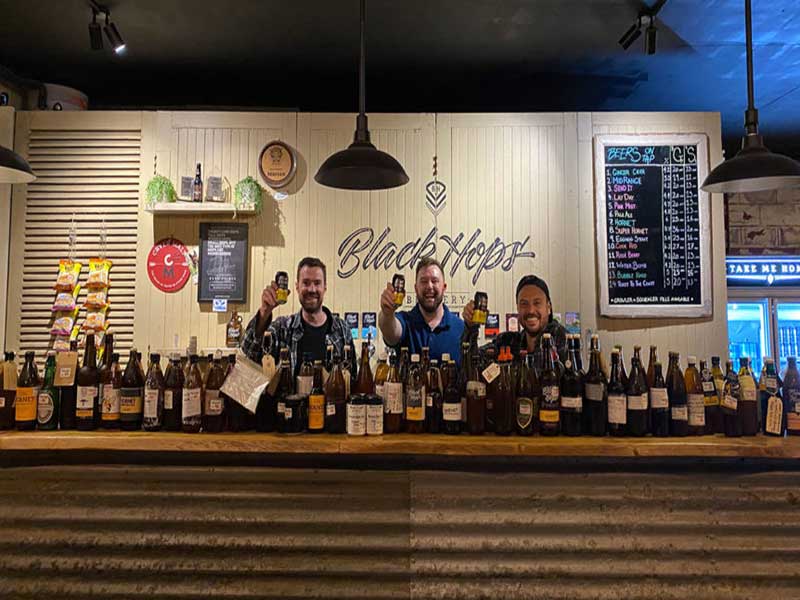 How do you test it?

Take 2 samples of beer (50-100mL each) and place them in sealed jars labeled “Sample A” and “Sample B”.
Place sample A in the refrigerator and sample B in a hot water bath at  about 60°C for 20-30 minutes – be careful not to scold yourself!

especially if you notice the smell or taste of butter/butter candy, then your beer needs more time. Check that the temperature is not too cold,

as at this stage you want the temperature to be above 20°C. Then try again in 1-2 days, depending on the level of diacetyl present.
Here’s a useful snippet for conducting diacetyl tests without fancy equipment, courtesy of our good friend Steve Henderson of the brewing industry.