Our Beer Sensory Program In 2021

We recently learned of the tragic death of Rod McGrath, who died in May from a stroke at the age of 54.
Rod was a true connoisseur of craft beer and was a regular at the Black Hops Burley Restaurant (HQ) as well as various local beer festivals where we got to know him.

His love of craft beer was complemented by his over-the-top personality and super friendly nature, a loss that was strongly felt by his family, friends and colleagues.

Daniel Leasegan, one of his best mates, met Rod while working for Queensland Rail and described him as “one of those people who could lift the vibe of any room.

He’s just an all-round top guy who leads the most fulfilling life. Honestly, I can’t find anything negative to say about him. Every time you see him, he’s smiling.”

During a recent tearful celebration of his life, we came up with the idea to raise a glass and toast Rod’s legacy by brewing a special memorial beer. He really loved his India Pale Ale, so it was necessary to come up with a big, bold IPA to match the guy he was. 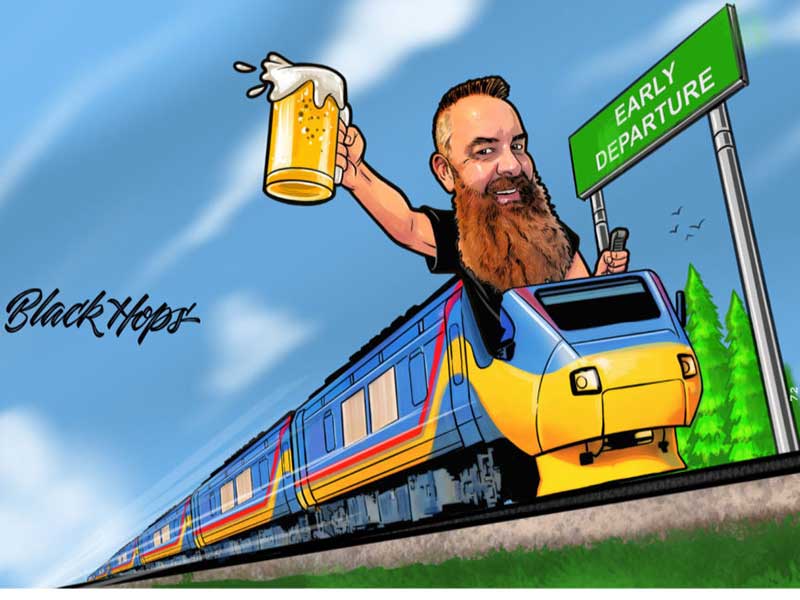 There were eight checkpoints to reach along the way and the entire team had to pass through the checkpoint scanner within one minute or they would be disqualified.

Since everyone has different levels of fitness and physical/mental reserves, the team members tackle the course in different ways. For super fit guys like Eddie and Rick, it sometimes looks like a walk in the park.
“Ed and Rick were the most energetic pair of the group.

We can’t keep up mcgrath with them as much as we’d like, but they’re always a big inspiration to us when we meet them at the checkpoint.” (Railo)

And for others, it was simply the most exhausting and challenging thing they had ever done.
“The huge hills were heartbreaking, haha!” (Kirstie)

“For me, it was a case of mcgrath one foot before the other” (Erin)
“You can see two big slopes on the slope map, and both are terrible! I honestly didn’t know we had such steep terrain in the Gold Coast hinterland. No matter what I thought,

it was much more difficult when we hit those slopes. I had to give Dom some props because her knees gave her real strength we weren’t even halfway up and she just kept going without complaining. I know for a fact I complained more than she did and I didn’t get hurt.

I did my best to stay relaxed, but when my energy ran out it dried up mcgrath quickly, haha.” (Railo)
Around 7 p.m., 30 kilometers later, our hikers reached checkpoint 11, about eight hours from departure, with 18 kilometers of night terrain to go.

There they were met by an amazing dark hop support team of Wowzy, Samm and Cayle, who not only provided moral support and laughs, but also brought dinner, Milo (and a few cheeky beers).
“We had a great support team, the best atmosphere at dinner, great food, and I think we could all settle into full camp mode.” (Eddie)

“A funny moment for mcgrath me was when Keller saw the number of bananas I bought for the hike and he said – who are we feeding, Donkey Kong!” (Kirstie)

“Seeing the support crew at the 30km mark was like walking up to mcgrath the gates of heaven. Honestly, it was better than finishing because I didn’t have enough energy to get excited at the end. And it was great that they had such a wide publicity campaign.” (Railo)

After this pit stop, our hikers gathered and ran to the final borderline. About 15 hours later, at 2 a.m. Sunday morning, in the cold darkness, the group united and crossed the finish line.

For their efforts, the group managed to raise $3,800 for the Kokoda Youth Foundation. At the end of the long trek (and in the days mcgrath that followed) there were many mentally deranged and physically sore people. But the comradeship and satisfaction of completing

the course was a source of great reward and a tribute to the courage and endurance of the original Kokoda warriors.

“I learned a lot more about the team than I would have without doing Kokoda together. You gloss over too much of the conversation while trying to distract each other from the mission. When you’re up for air and that tired, there’s no nonsense.

One thing that kept nagging at the back of my mind was the fact that Soldi’s really long-distance visitors didn’t have all the luxuries we had. The terrain we covered was much easier. We only ran 48 kilometers. I tried to motivate myself to continue to be healthier by going through that range, because 48 kilometers still sucks for me.” (Railo) 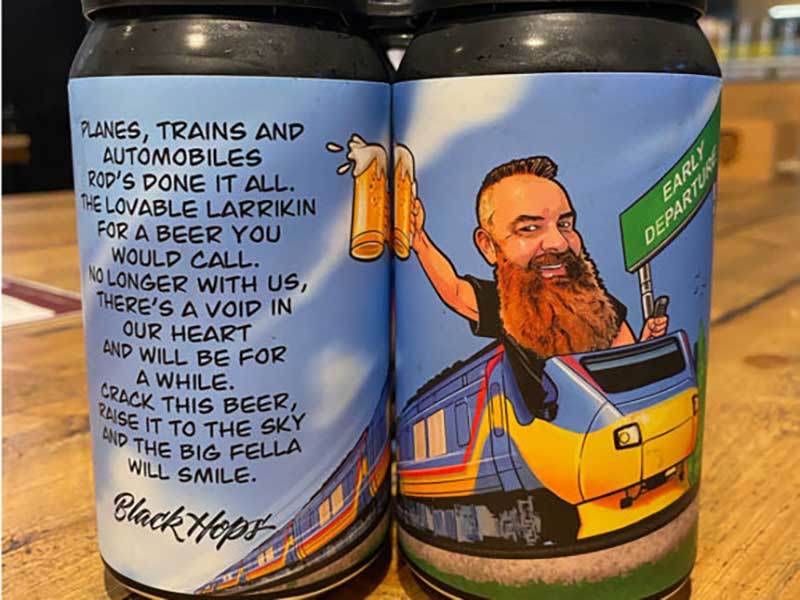 Working with his good friends, we got the beer to be a West Coast 7.2% IPA, which we named “Early Start” as a bit of a mcgrath revelation of his work at Queensland Rail. For a life that goes by too fast.

We will be producing about 30 cases of the beer and will officially launch it on Saturday 21 August at our Burley restaurant, one of Rod’s regular haunts. To help his family, $1 from each can sold will go to a

GoFundMe drive set up by his good friend Daniel. so far, more than $1,800 mcgrath has been raised. If you want to pledge your support, go here.
We’ll also be using a keg as a “karma” keg and donating all the money raised to GoFundMe.

We’ll leave Daniel with one last message about how the flame of Rod’s legacy is burning; “Beer brought us together, but now it’s mcgrath also brought me to his other friends and we’ve become mates. His memory will live on.”
Cheers to that.