A team of dark hops travelled to the Royal Brisbane Showgrounds on March 3 for the Royal Queensland Food and Wine Show (RQFWS) Beer Awards.

These annual awards allow breweries across Australia to showcase their beers and gain valuable feedback leading up to the Australian International Beer Awards (AIBAs) in May.
Previously, we have excelled at these royal awards, again inspiring us to continue our award-winning tradition as our beers and breweries were honored on the podium with two trophies and two gold medals in the following royal categories.
Champion Grand Brewery: Dark Hops
Champion IPA: Code Red
Gold Medal: Code Red (bulk and packaged)
Gold Medal: Delivery (draught) 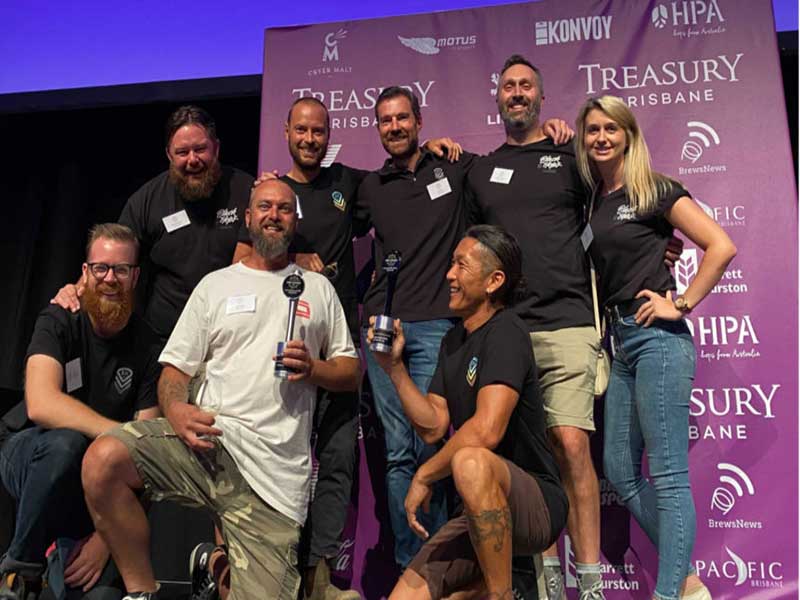 Some of our first AWOL barrel aged beers were brewed with wild yeast. But these are from yeast suppliers who have cultured strains whose characteristics and flavors are known and can be replicated. This is how most wild yeast brews are made.

The yeast we capture in the Tarle Valley is our own unique strain. If your yeast provides you with an amazing beer, you can grow it royal under lab conditions and use it again to brew more of the same beer.
In the Australian craft beer scene,

It’s an exciting space and we’re eager to experiment more and more here as time goes on.

We’re currently putting the finishing touches royal on our AWOL barrel-aged beer program, and we plan to open Stowaway Peak for a private tour in early April before the official launch. We will be offering 8 barrels of aged beer, some in limited supply and some in cans. Our wild fermented beers are not yet ready.

We attached a hose to the open fermenter and sent the beer downstream to a container that would be filled by gravity for transport. We ended up with 120 liters of Tahlequah beer.

On the same day, Toshi brewed 200 liters of beer at headquarters, and we mixed the two batches together in the fermenter at headquarters. This gave us 300L, which was the perfect amount to fill a 300L white wine barrel after the fermentation process.

Throughout the fermentation process, we regularly tested the beer for the presence of any beer-damaging microorganisms, and checked for alcohol production and pH changes. The monitoring process is also very sensory – we smell it and watch it regularly.

The beer is now in AWOL white wine barrels, which will be infused with more barrel-aged flavors, and we are taking advantage of the new AWOL program. The whole process takes about nine months before the beer is ready to drink.
This truly experimental brew is the opposite of how we usually brew beer in a tightly controlled environment, where nothing is possible. This wild beer is our little experimental beer baby, and while we can’t make a definitive decision yet, so far it seems the beer gods may be smiling down on us. 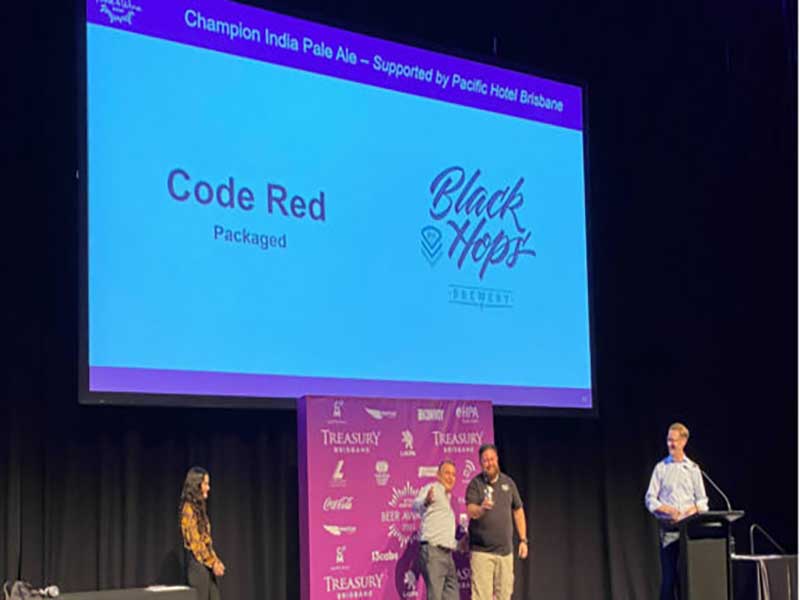 This is the second time in three years that Code Red has won the IPA – a huge compliment to Govs and the brew team. Given the sheer number of quality breweries we faced,

beating the champion big brewery was royal both exciting and humbling. This is the second time in three years that we have won the brewery championship trophy.
We also won a series of silver and bronze medals for our beers, including royal the debut of one of our new cask-conditioned beers,

Burley Brewing Company and Cullenbine Valley Brewery have also excelled in winning some major awards. Hurrah for all Queensland brewers 2021.