not difficult to control the higher alcohols in the beer 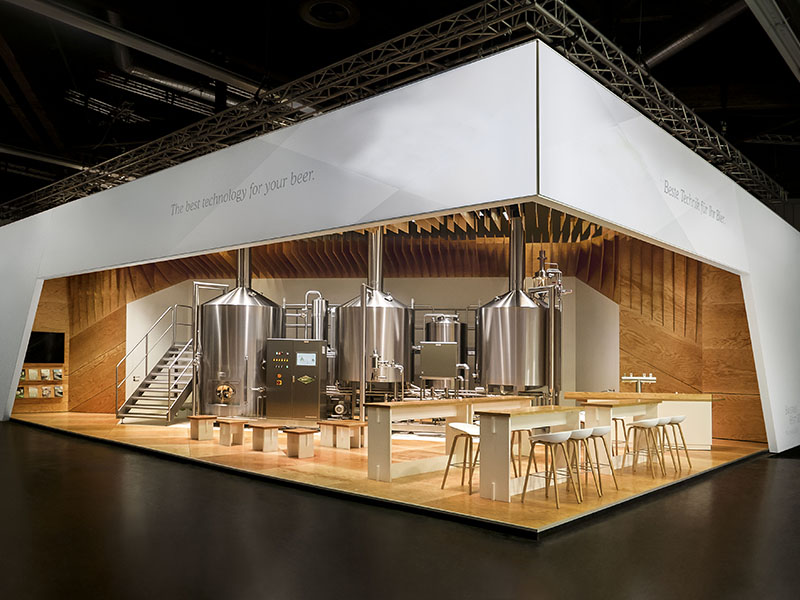 Newer maltings usually employ various types of conical-bottomed steeps. As each steep should contain less than 50 t, to avoid deep cones with excessively high pressures on the grain in the cone base, a set of steeps is required for each batch of grain. Typically each steep consists of a vertical cylinder, closed below with a cone. Grain is loaded into each steep from above. 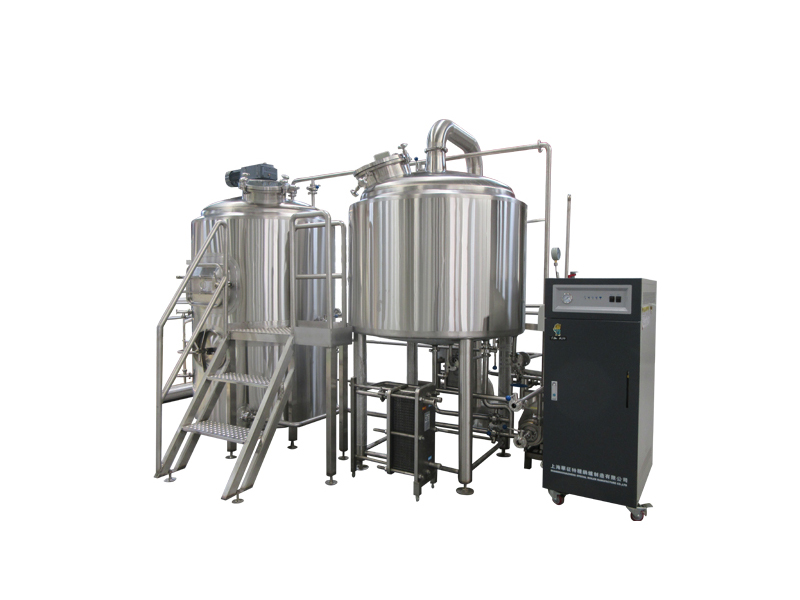 Such steeps are self-emptying’. The cone angle is sufficiently acute to ensure that when the valve is opened the grain falls out in to a conveyor. This is one way of dry-casting’ the grain. An alternative method is to wet-cast’ the grain, pumping it to the germination compartment slurried in water. In steep-germination and steep- germination-kilning vessels (SGVs and SGKVs) no transfer is required. If additives, such as gibberellic acid and/or sodium bromate are to be added it is convenient and economic to spray on solutions as the grain is conveyed from the steep.

In floor malting the steeped grain is spread on a floor in a room having a cool, humid atmosphere. Germination is controlled by turning the piece’ (batch) and thickening or thinning the layer of grain to allow temperature rises or falls as needed. Fine malts can be made in this way, but only in small quantities (ca. 10 t/batch) and with substantial manpower.

Modern maltings are of the pneumatic type, in which the grain is turned mechanically and the grain temperature is controlled by forcing a stream of attemperated and water-saturated air through a bed of grain. Newer germination vessels are usually rectangular Saladin boxes’ or circular compartments. In these vessels steeped grain is formed into a bed, usually 0.6 1.0 m (approx. 2.0 3.3 ft.) deep. The grain rests on a perforated deck, through which the conditioning airflow is driven. 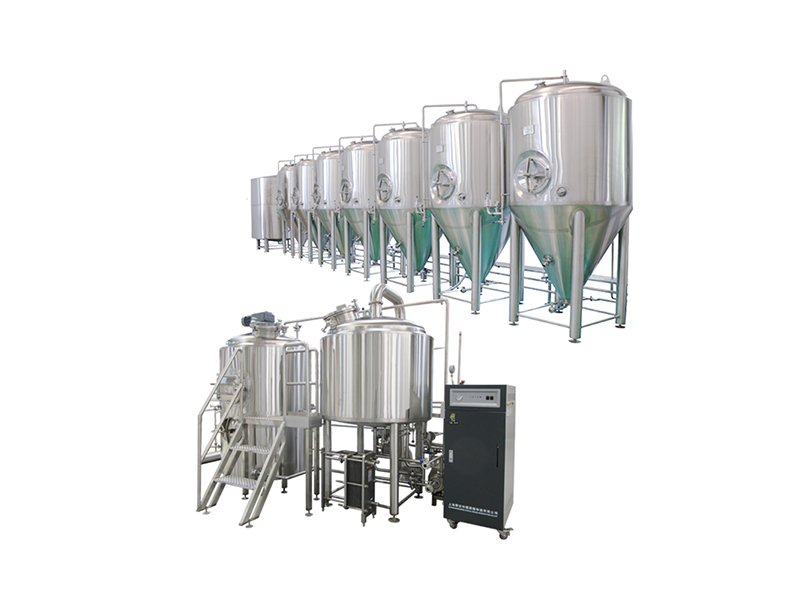 Some of the air is recirculated and mixed with fresh air. The air is driven by a fan and is usually humidified by passage through sprays of water. Air temperature may be controlled, by regulating the water temperature, sometimes augmented with heating or cooling by heat exchangers. The grain lifted and partly mixed, and the rootlets are separated by passing a row of vertical, contra- rotating helical screws through the bed. The bed is lightened’ and the resistance to the airflow is reduced. Bed temperatures of 15 19 °C (59 66.2 °F) are common, with temperature differentials between the top and bottom of the bed of 2 3 °C (3.6 5.4 °F). The turner arrays are usually fitted with sprays to allow the grain to be moistened.

In some plants the grain is first germinated in a circular, stainless-steel lined vessel, then it is transferred to a germination and kilning unit (or vessel; GKV). When germination is sufficiently advanced the cool airflow, which may or may not be humidified, is discontinued and hot air is supplied from a furnace or heat exchanger.

In old kilns the malt was dried in thin layers and with periodic turning. In modern kilns the grain beds are relatively deep and are not turned. The kilns may be directly or indirectly heated. They are instrumented so that correct temperature differentials are maintained between the air-on and the air-off and that at the break point the airflow is reduced and subsequent air re-circulation, temperatures and flow rates are correct. As noted before, heat should be conserved by linking’ kilns and/or using heat exchangers.

Further heat can be recovered from the outgoing air by using a heat pump, but at present this is not economic because the capital and maintenance costs are high.