Wort concentration generally refers to the proportion of wort formed by the malt (the term wort in beer) after the sugar process. Generally, the specific gravity of water is recorded as 1.000, if the malt in wort is enzymatically hydrolyzed to produce a lot of maltose or some other fermentable sugar, or non-fermentable sugar, this wort will be heavier than water, the specific gravity will be greater than 1.

The original wort concentration refers to the sugar content of the wort. Malt, rice, starch, etc. are processed in the sugar chemical section (European beer only uses malt), make wort, enter the fermentation tank and add yeast, and ferment into beer. is the percentage of concentration (by weight) of the wort extract, marked by °P.

Foreign beer is mainly 12 degrees, 11 degrees; less than 10 degrees is less; there are many varieties greater than 12 degrees, such as Bork bock beer is 16 degrees; the monastery series of double, three beers (double triple malt feeding), malt degree can reach more than 20 degrees.

The higher the wort concentration, the better the nutritional value, while the foam is delicate and long-lasting, the wine is mellow and soft, and the storage period is long. Therefore, the “original wort concentration” is a hard reference index for identifying beer.

The alcohol content is because the wort is fermented by yeast and the sugar biochemistry is synthesized into alcohol, carbon dioxide, and other ester alcohol nutrients, so there is a statement of alcohol content, that is, alcohol accounts for the percentage of beer liquid, which is the same as the alcohol content of liquor, marked with %.

Low concentration type: wort concentration in 6 ° ~ 8 ° (Bahrain sacchariometer), alcohol content of about 2%, summer can be made of cool drinks, the disadvantage is poor stability, storage time is shorter.

Medium concentration type: wort concentration in 10 ° ~ 12 °, alcohol content in 3. About 5%-4%, it is the main variety of beer production in China. 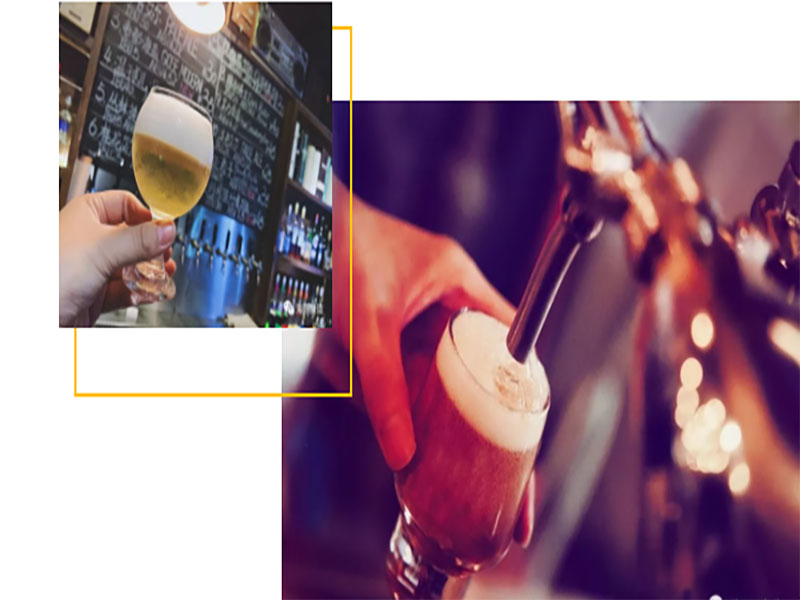