What are the different sizes of brewing systems and what are their annual production capacities?

How to understand Stout and Porter? What’s the difference? 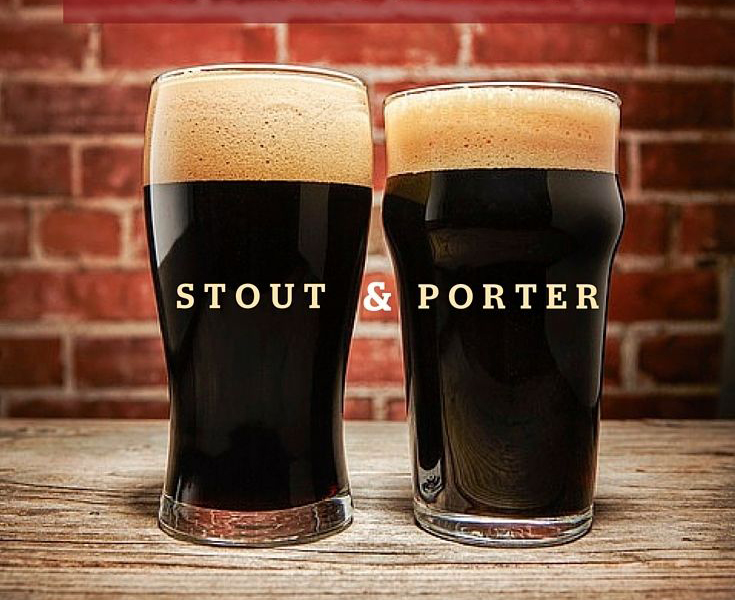 Many friends who like to drink beer have a persistent feeling for the dark beer. The wine has a strong malt flavor and a malt flavor. The taste is more mellow and slightly sweet, and the bitterness of the hop is not obvious. People call it a good drink and enjoy the reputation of “black milk”. But when it comes to Stout and Potter, many people will not understand. Let’s spread it to everyone today. What is Stout and Potter, and what is the difference between the two.

It is widely believed that Porter and Cask Bitter Ale are two of the more classic British beers. Porter’s wine record appeared in the 18th century and is a popular beer between the porters. The United Kingdom was in the heyday of the Empire, and the maritime trade was extremely developed, with an extremely developed civilian porter industry. These heavy manual laborers naturally need some alcoholic drinks to relax.

In the 16th and early 18th centuries, a magical beer cocktail popular in the London area called “Three threads”, which mixes beer of different degrees, colors and flavors (generally three), one On the other hand, it has increased the flavor of beer. On the other hand, it has avoided the lack of fermentation technology at that time (the thermometer and hydrometer have not been invented at the time, it is difficult for winemakers to accurately control the brewing process) and the odor caused by the hardness of the water has become extremely popular. Due to the more pronounced taste of the heavy and dark beer, this wine also has a noticeable caramel aroma and sweetness, with the style of today’s Porter.

By 1730, a local winery called Harwood had made a recipe that mimicked the “three-pointed thoughts” and had a very funny name “Entire butt”, with a taste and “three points.” Thoughts are similar, but come directly from a formula of fermented beer. This wine soon became popular in London and replaced the original beer cocktails, especially in the Porter group, which was later translated into Porter.

The early British Porter beer was higher than today, and it was easy to get around 7 degrees. Some height versions appeared, which became the predecessor of Stout Porter and even the imperial Stout Porter. However, its development has experienced the castration brought about by several wars. The logic is very simple: the raw materials for brewing are food, and the tax on brewing food will inevitably increase during the war. After the Napoleonic Wars (1803-1815), Porter’s degree was artificially reduced to 5 degrees or even lower due to taxation.

The earlier potter formula was pure brown malt, a kind of malt that has been baked and has a certain aroma and brown color. The industrial and technological revolution changed this once again. The thermometer was invented in the 1760s, and the hydrometer was invented in the 1770s. The winemakers had previously realized that pure brown malt could not bring higher sugar efficiency. One-third of the high-temperature treated brown malt does not produce sugar. So many winemakers began to use a large proportion of light-colored malt (higher sugar-efficiency) and a low proportion of roasted black barley (very little sugar but provide color and coke).

But the use of roasted black (baked) barley violated the British version of the beer purity method at the time, the United Kingdom does not allow this “dross” food processing. This was not until the patented barley that Mr. Daniel Wheeler applied for in 1817. The barley treated in a 200 degree environment achieved an EBC color of more than 1300, almost pure black, and did not contain any enzyme components. After the patent was granted, this barley was widely used in the production of Porter. Later, the patent Malt had its name today, called Black Malt.

At that time, a typical porter malt formula consisted of 95% light malt and 5% of patented malt, which greatly improved the production efficiency of Porter beer. Before the Porter Beer, almost all of the British beer was left unripe and then matured in the pub’s barrel. But Porter has changed this situation. Its production and maturity are done in very large wooden barrels, so that people can get instant beer.

Mexand Company Brewery, a well-known beer company in the London area, has adopted a giant vat brewing method. How big is a bucket? 610,000 liters! Or 600 tons! Even today, it is a big wine can. As a result, on October 17, 1814, a large barrel said: Brother can’t hold it! Then crashed down! The powerful “beer” stream hit several vats next to it, causing the chain to break. So this conservative estimate of about 1.47 million liters of beer rushed out, forming a strong torrent.

Because the neighborhood is a slum, the houses are relatively low or of good quality. In an instant, this torrent smashes the houses in the nearby two streets, and the floods are still in the basement. Thanks to the timely rescue of local civilians, the loss was reduced, but the flood caused the death of eight civilians. Many of the staff involved in the disaster relief later told the local newspaper: “I have encountered such a wonderful flood, I am me. This is really drunk.” In fact, a lot of neighborhoods in the vicinity are filled with obvious alcohol smell. These people are really drunk… This is a big beer disaster in human history, which is caused by Potter.

But unfortunately, as the United Kingdom continues to be involved in the horrors of the forefront of the World War II and the Second World War, the United Kingdom, whose food cannot be self-sufficient, has fallen into trouble again and again, and beer has become a luxury that can be enjoyed by celebrating victory. All kinds of bans should be imposed on various beer productions. So in the 1950s, the Porter beer, which has been inherited for a long time, has disappeared completely in England.

It wasn’t until 1978 that a traditional Porter beer was re-produced from a small fine brewery called Penrhos. Porter’s beer began to slowly recover and flourished under the development of the famous British winery Fuller.

At present, in most cases, Porter refers to this traditional British beer. Even today, honey, vanilla, coffee, chocolate, brown sugar and other flavoring flavors, or various barrel versions, have been developed, but they are far from the glory of Porter Beer. Its brilliance is completely inadvertently Transferred to Stout beer. 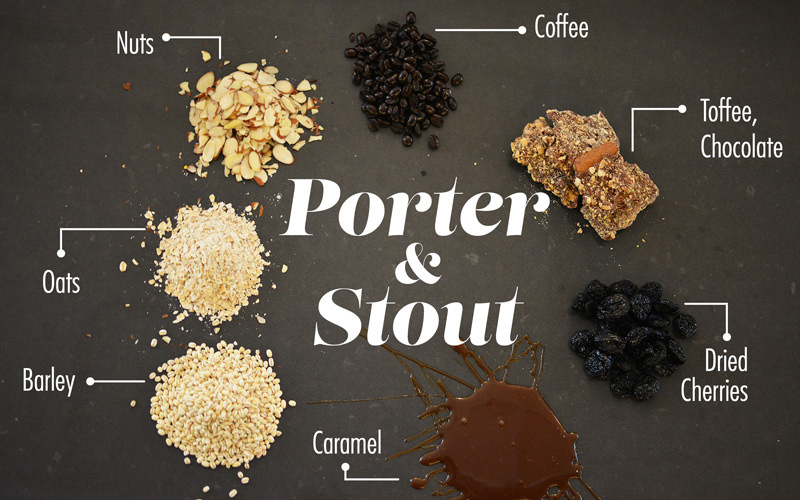 Part II: The Historical Development and Brilliance of Stout

Various records indicate that the word Stout is used to describe beer earlier than Potter. Sixty years before the term docker (Porter/Porter) used to describe beer, the word Stout has appeared in Egerton’s manuscript to express the meaning of a high beer. Obviously, in English, Stout means strong and high. For example, the type of beer that appeared earlier was: Stout Pale Ale, which only referred to this as a high-grade light beer. Of course, there is also Stout Brown Ayr, when Potter appeared, he also had Stout Porter.

As I said before, Porter used to be in the UK, as well as in other regions that were radiated by the British Empire. According to a similar formula, but the German Lager beer production process (Lager lower fermentation, Aer upper fermentation), the Baltic Seaport is popular in Northern Europe. But this kind of beer is far from the British local porter style, and it has been different from the fermentation type. It will not be discussed here. At the same time, the beer development of England’s neighbors in Ireland really continued the life of Porter and evolved the style of today’s Stout.

Well-known Irish beer company, Guinness World Records parent company Guinness Brewery (don’t ask me why the same company turned into two names), the founder Arthur Guinness made the forefront of Ireland in 1776 Porter beer. He was also invented in 1817 after the patent malt (black malt) was invented, and the first batch of people who abandoned the use of 100% brown malt to make porter beer, far ahead of the more conservative Englishman. Later, he also tried to brew the Shitao Port beer with black barley baked from the non-germinated barley, which also made the Guinness special. All the beer front row can taste the rich bitter coffee and chocolate. the taste of.

After the impact of the two world wars, England’s Porter disappeared and disappeared, but Ireland, which has been less affected, has maintained its style. They still produce the high-taste beer of Shitao Porter, so that the word Stout slowly evolved to describe Porter. In the past 30 years, Stout, a manufacturer represented by Jian Li, has gradually reduced the beer degree in order to adapt to the public taste, and formed the unique Irish dry tea beer today.

Common Stout and Porter’s four basic malts (from light to dark: light malt, burnt brown malt, dark malt and baked barley). It is obvious that the proportion of brown malt in Porter’s beer is very high, almost no black barley is used, and the proportion of dark malt and black barley in Shitao beer is very high. Compared with traditional Porter, Stout uses more raw materials, especially the ratio of baked barley and dark malt such as chocolate malt. This gives Stout a higher degree, a generally very strong roast barley, a richer and more layered taste, and more importantly, an infinite expansion.

Among the top 20 beer in the world, the Stout beer slaughter, which is represented by the imperial Stout and the barrel Stout, accounted for 14 of the top 20 beer. Stout’s influence today is evident.

Therefore, it can be said that Stout originated from Porter, but the blue is better than the blue, which is quite different from the definition of Porter itself, just like the difference between British IPA and modern IPA.