Black Hops At The Kokoda Challenge 2021

On Saturday, July 17, 11 intrepid Black Hops infantrymen took on the daunting task of completing the Kokoda Challenge, a 48-kilometer endurance and recovery test that lasted 15 hours in the Gold Coast hinterland.
The event is held annually to commemorate the Australian diggers who fought on the grueling Kokoda Track in Papua New Guinea in 1942.

The spirit of these original Kokoda warriors, personified through the virtues of courage, endurance, partnership and sacrifice, is called upon by those brave enough to address the physical and mental demands of completing the challenge.

In addition to honoring the legacy of the original Kokoda pioneers, the challenge has become an important fundraising tool for the Kokoda Youth Foundation (KYF). A local charity whose mission is to change lives through the Kokoda spirit,

founded by Doug and Anna Henderson in 2004, all challenge participants raise funds for children who participate in KYF’s youth programs that run year-round. 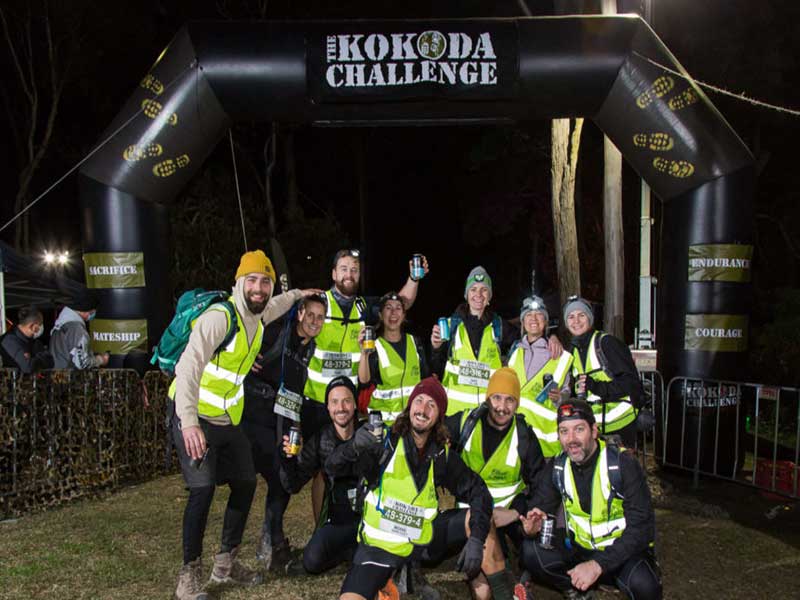 Chelsea and Duane, partnered with Team Black Hops to recruit some volunteers to join the Kokoda cause.

Unfortunately, due to family obligations, Duane was unable to attend the tournament, but Chelsea was able to assemble an elite battalion of 11 people to participate. In addition to herself, there were Kirstie, Stu, Biff, Leroy, Erin, Dom, Sarah, Eddie, Rick and Mark.

The team met at the start point (Checkpoint 6) at 11:00 a.m. on Saturday, July 17, to begin their grueling 48-kilometer trek. It was a clear, sunny winter day as the team set out on their journey, with rugged, hilly terrain winding through the Mudgeeraba and Nerang hinterlands.

Interestingly enough, while the Black Hops effort was epic, there were some Herculean participants taking on a course twice as long at the same time! The 96km race has been officially described as Australia’s toughest endurance race.

“People who run 96km pass you by because our 48km is their second 48km and they’ve been running for a while before us. It’s amazing to see them run when you know they’ve run some pretty incredible hills for 80km” (Railo)

There were eight checkpoints to reach along the way and the entire team had to pass through the checkpoint scanner within one minute or they would be disqualified.

Since everyone had different levels of fitness and physical/mental reserves, the team members tackled the course in different ways. For super fit guys like Eddie and Rick, it sometimes looks like a walk in the park.

“Ed and Rick were the most energetic pair of the group. We can’t keep up with them as much as we’d like, but they’re always a big inspiration to us when we meet them at the checkpoint.” (Railo)

And for others, it was simply the most exhausting and challenging thing they had ever done.
“The huge hills were heartbreaking, haha!” (Kirstie)
“For me, it was a case of one foot before the other” (Erin)

“You can see two big slopes on the slope map, and both are terrible! I honestly didn’t know we had such steep terrain in the Gold Coast hinterland. No matter what I thought, it was much more difficult when we hit those slopes.

I had to give Dom some props because her knees gave her real strength we weren’t even halfway up and she just kept going without complaining. I know for a fact I complained more than she did and I didn’t get hurt. I did my best to stay relaxed, but when my energy ran out it dried up quickly, haha.” (Railo)

Around 7 p.m., 30 kilometers later, our hikers reached checkpoint 11, about eight hours from departure, with 18 kilometers of night terrain to go.

There they were met by an amazing dark hop support team of Wowzy, Samm and Cayle, who not only provided moral support and laughs, but also brought dinner, Milo (and a few cheeky beers).

“We had a great support team, the best atmosphere at dinner, great food, and I think we could all settle into full camp mode.” (Eddie)

“A funny moment for me was when Keller saw the number of bananas I bought for the hike and he said – who are we feeding, Donkey Kong!” (Kirstie)

“Seeing the support crew at the 30km mark was like walking up to the gates of heaven. Honestly, it was better than finishing because I didn’t have enough energy to get excited at the end. And it was great that they had such a wide publicity campaign.” (Railo)

After this pit stop, our hikers gathered and ran to the final borderline. About 15 hours later, at 2 a.m. Sunday morning, in the cold darkness, the group united and crossed the finish line.

For their efforts, the group managed to raise $3,800 for the Kokoda Youth Foundation. At the end of the long trek (and in the days that followed) there were many mentally deranged and physically sore people.

But the comradeship and satisfaction of completing the course was a source of great reward and a tribute to the courage and endurance of the original Kokoda warriors.

“I learned a lot more about the team than I would have without doing Kokoda together. You gloss over too much of the conversation while trying to distract each other from the mission.

When you’re up for air and that tired, there’s no nonsense. One thing that kept nagging at the back of my mind was the fact that Soldi’s really long-distance visitors didn’t have all the luxuries we had. The terrain we covered was much easier. We only ran 48 kilometers.

I tried to motivate myself to continue to be healthier by going through that range, because 48 kilometers still sucks for me.” (Railo)

“I loved every minute of it – there were a lot of great laughs between an epic group of people. The course was fantastic. My favorite part was when we climbed a very steep hill w 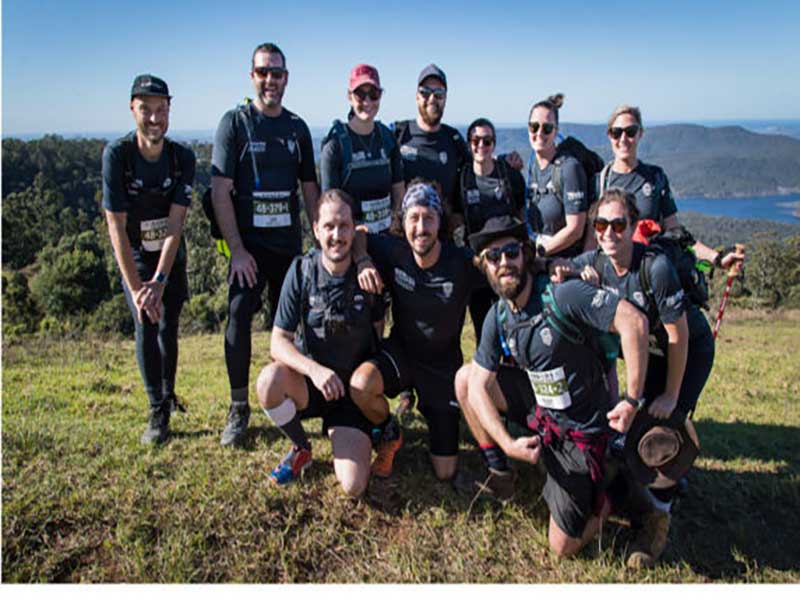 A hard-earned thirst deserves a good beer, so we brewed a limited 4.5% training strength beer called Trail Mix to reward our brave team’s efforts to complete the challenge.

So here’s to this epic achievement, as we are reminded that when we work together, look out for each other, and show commitment to a task, what at first seems impossible suddenly becomes achievable.