Do you know what is automatic brewhouse? 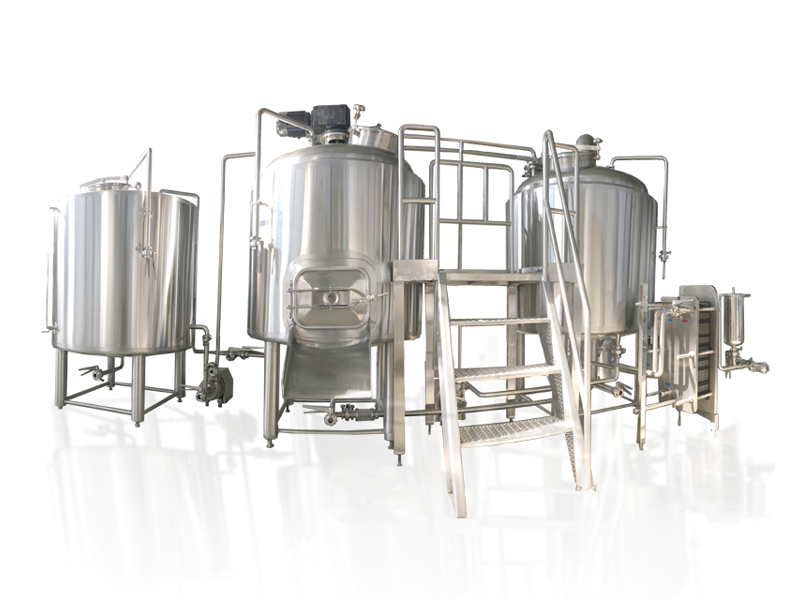 Visiting different breweries reveals considerable variation in the methods of construction and the layout of the plant. Pioneering work in the late 19th century by Horace Brown and others (Anderson, 1993) stimulated brewers to think even more carefully about brewhouse design. Economic pressures also became more acute at this time and competition in the brewing industry became a reality. Directors of Companies demanded adequate financial returns on the capital employed in the brewery and looked to make profit from the brewing of beer.

In the late 19th century most brewers were brewers for sale and did not own the premises in which beer was sold. The cost of beer production, therefore, now came to be understood and its control was vital to Company success. This happened in Europe, particularly in the UK and in North America (Anderson, 1993). Brewers were thus forced to look critically at the design of the plant they were using to produce their beer.

To lower costs it was appreciated that economies of scale were important and larger breweries (> 300,000 hl pa) were built, mainly in the UK. In the middle of the 19th century in Germany, however, there were around 15,000 breweries and many of these were extremely small, concentrating on brewing for one retail outlet. Some of these breweries, only partially modernized, exist today. However, it has been much easier to introduce new technology and lower costs in larger breweries and this has been the fashion in the UK, North America, Scandinavia and Japan throughout the 20th century.

Brewhouse developments in the USA

Developments in the USA were, of course, severely restricted by the introduction of the prohibition of alcohol that lasted from 1919 to 1933.
The choice of raw materials for brewing has also influenced developments. Brewers established themselves commercially in the German States in the 15th century and municipal laws closely controlled their activities. To avoid the use of substitute materials, some of which had been injurious to health (some flavourings replacing hops), the purity law, the Reinheitsgebot, was introduced in 1516 and has applied throughout Germany since 1906. The law declares that beer can be made only from barley, water and hops.

Brewhouse developments in the Germany

This has strongly influenced the development of brewing technology in Germany in the last 100 years. The Reinheitsgebot applied in many countries in the early stages of brewing development, particularly as so many German brewers emigrated. But by 1870 American brewers had experimented with maize and rice mash tun adjuncts to economic advantage and did not go back to barley malt alone. In the UK there was a plentiful supply of sugar from the West Indies and again this was used to advantage to lower costs. Against this background the different trends in brewhouse improvement must be set.