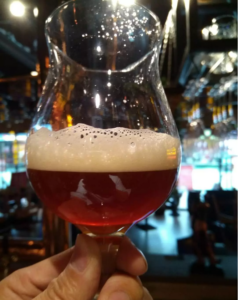 Many brewing whites often hear in our group some “vintage old drivers” that sound a bit scary to say, such as “His high alcohol is too high for beer, and it took a long time for headaches”, leading to Xiao Bai. We are very worried about the high alcohol content in our wines. Today we will talk in detail about higher alcohols. What are the characteristics? How to reduce the production of higher alcohol


1: How is higher alcohol produced?

Higher alcohols are the main components of the byproducts of beer fermentation metabolism, which are mainly formed during the main fermentation, during the yeast reproduction, and have the highest isoamyl alcohol content.

2: What are the characteristics of higher alcohol?

Higher alcohols have a major influence on the beer flavor, exceeding a certain level (isoamyl alcohol threshold 50 mg/L), and have a distinct miscellaneous taste (smelly socks, cylindrical pen ink), in simple terms, its content More than 80m/L (actually related to the proportion of ester, generally better at 5:1) will cause a “head” feeling. 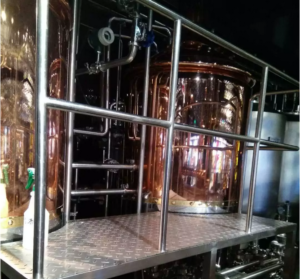 3: How to reduce the production of higher alcohols (isoamyl alcohol)

A: Yeast species
Because of our yeast strains, our brewers choose dry yeasts that are common in time, so we don’t elaborate on this one here. Remember that different yeast strains produce very different alcohols, so different types of beer are produced. To choose the right yeast species.

B: Effect of yeast increase
Higher alcohols are the by-products of yeast propagation (the yeast is divided into aerobic and anaerobic fermentation stages during fermentation), so the larger the yeast multiplication factor, the more advanced alcohols are formed, so it is important to limit the proliferation density of yeast. Generally, the yeast multiplication factor is controlled 3 to 4 times (3 to 4 times more than usual, it means that 1 yeast is 3 or 4). Such as inoculation of yeast in 10 million per milliliter, the highest breeding density of yeast in the 40 million or so the best (this breeding multiple if you do not understand the background message, followed by the article and then elaborate).

Raising the fermentation temperature is beneficial to the reproduction of the yeast, and it also facilitates the formation of higher alcohols (select the appropriate temperature for the yeast you choose). 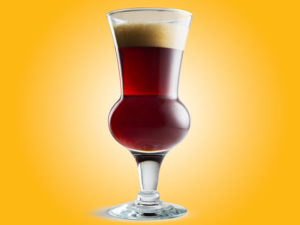 D: inoculation amount
The higher the amount of inoculum, the fewer new yeast cells, which can reduce the production of higher alcohols. If the inoculum size is too low, the newborn cells will multiply too much, resulting in too much higher alcohol (different brewing, different inoculum content, However, it is generally recommended that the highest concentration of yeast is 48 to 540 million

E: yeast autolysis
In the post-storage phase, if yeast autolysis occurs, the autolyzed yeast will increase the nutrients in the beer and allow the other active yeast (if temperature is allowed) to begin to multiply, producing higher alcohols.
When the degree of fermentation reaches about 30%, 70% of the higher alcohol has been formed. When the degree of fermentation reaches about 60%, the higher alcohol has basically been formed, so the elevated temperature can be appropriately increased (this is an elevated temperature reduction to be introduced later in the article). Diacetyl) has no effect on the formation of higher alcohols