Our Beer Sensory Program In 2021

Our Equity Crowdfunding Campaign 2.5 Years On

Black Hops is almost 10 times larger than it was when the results were last reported in the offer document for the crowdfunding campaign. For that, and more in this section, read on!
The campaign itself

I’m proud of our campaign for a few reasons.
We had a very successful campaign, reaching our minimum goal in a few hours and our maximum goal in 6 days.

Because we reached our goal early, we became the first brewery to close an equity crowdfunding campaign (we were not the first to launch this campaign).

We didn’t overpromise on a future full of big promises. We just said we would build a second brewery, and we were already doing so when the funding became available. We’ve done that and a lot more since 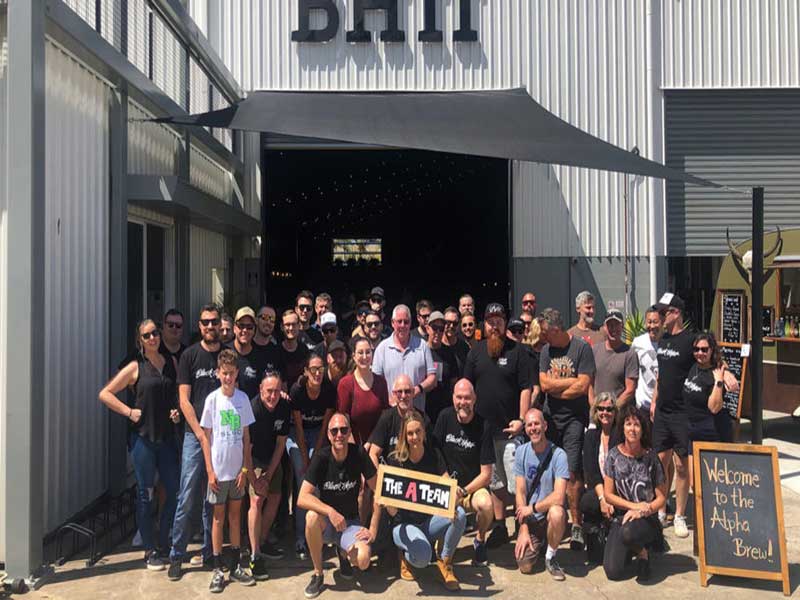 We waited several years before allowing crowdfunding some of our biggest supporters to invest in Black Hops.

Some of these people were our biggest fans and friends in the early days.

We have a group of customers and ambassadors who love Black Hops, and the investors (Team Alpha) are the leaders of the team.

I interact with investors in one way or another almost every day. Whether I see them in restaurants or at work (some are employees), by phone, email or social media, our Facebook ambassador group or at venues (some are customers).

It’s really cool and I don’t crowdfunding regret giving a group of exceptionally enthusiastic people more exclusive access and visibility to the business.

The power of more and more ambassadors

Crowdfunding companies often mention that it provides a large group of backers to support the brand. For us, this really makes sense. We have 3,000

ambassadors and 600 investors in our Facebook group. We also have a lot of customers, backers, friends and family who support us.

In the 6.5 years since we launched crowdfunding Black Hops, the growth of these groups has been hugely rewarding for us.

The two best metrics are voted on by fans, such as the GABS list of the 100 hottest craft beers and the Beer Cartel’s annual craft beer survey.

The Beer Cartel survey shows that over the past 4 years, Australia’s highest ranked brewery has moved from #29 to #10, then #5, then #1.

Not that these lists are all designed to excite people to vote, but getting a group of people to support our work certainly helps.

It’s astounding to me how crowdfunding far we’ve come since we did our initial crowdfunding. I recently answered a few questions for Birchal’s upcoming review,

and I looked back at the fiscal year results reported in our offer document 2.5 years ago. For the most recent fiscal year beginning a few months ago, our total revenue was $1.4 million.

At the time of this writing, our most recent fiscal year just ended and our revenue was close to $14 million, almost 10 times the size. It’s really crazy to think about that, but it makes sense when you

consider that we were in a small location with one bar. Now we have 4 venues, 4 restaurants, 3 breweries (5 breweries), and our largest venue is our multiple leases on the block at BHII.

At the time we were canning beer at our headquarters and distributing it locally on a small scale. We are now a national brand of Dan Murphy’s and crowdfunding independent brands, stocked in all BWS, Dan Murphy’s,

Lickland and First Choice stores in Queensland. Since then, we have also launched beers that outsold our best sellers at the time (for example, G.O.A.T. and East Coast Smoke were not far behind).

It was a very big 2.5 years when we needed money to open BHII and took a huge risk on a very big upgrade, backed by investors who are now co-owners of a much larger company.

As a result, the stock price of $1.18 at that time also went up significantly. Because we were not listed and were not a liquid tradable market, investors could not easily buy or sell shares (more on that later). Since then, however,

we have conducted investment raises, including one earlier this year that was open only to our existing traditional investors. In that round, we raised over $1.5 million at $2.29 per share, and we raised the money in one day.

I recently conducted a survey of our investors and the results showed that 80% of them were satisfied. The details are as follows. 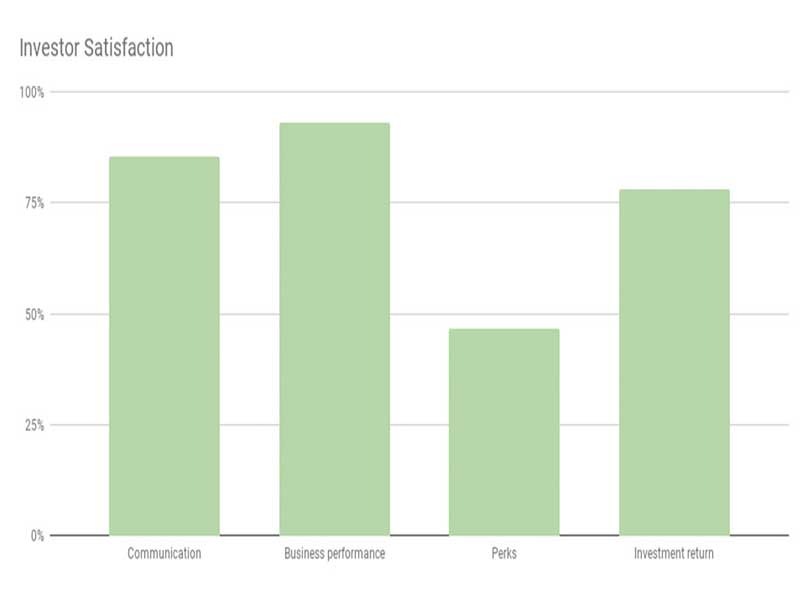 We’ve found that as our business has grown, we’ve increasingly tended to spend less time on the fun things people talk about all the time and more time on the necessary and potentially boring aspects of running a fairly complex company.

We used to get very excited about every new activity and project, but last year in particular we learned that just the basic task of running a company like ours is enough in itself.

We put some projects on hold last year simply because we felt overwhelmed by the work we were doing. Now, when we start a project like a crowdfunding campaign,

we really have to consider whether we need the distraction and be able to handle it. Even if the actual workload isn’t heavy,

it’s still a good idea to add one more thing to the weekly management meetings, discuss it on social media, and focus key employees for a few months. Sometimes you don’t need a distraction.