In 2016, we wrote an article “Craft beer prices: how much does it cost to make beer? ? It was the most popular post we’ve ever published on this blog, and I’ve been meaning to get around to updating it. Here are the latest prices for the beers we make.
What’s Changed.
The price of beer has changed a lot since we wrote this post in 2016. The main changes are.
We’ve learned what it costs to make beer. At the time, we were guessing. To some extent, we’re still guessing, but today our system is much more accurate than it used to be.

This represents a 2,000% increase in volume, which has resulted in a significant reduction in costs.
Since November 2016, our level of automation has changed significantly. At that time, we were manually bottling four beers at a time in a four-head manual bottling machine,

which allowed us to fill 30 cases of beer per day. Today, we have a semi-automatic canning line that can fill 80 cans per minute and can fill more than 1,000 cartons per day with essentially the same number of people.

Since 2016, there have been some new expenses, including the Container Deposit Scheme (CDS). Many costs for beer have also increased, including wages, ingredients, packaging, excise taxes, etc.

In 2016, we estimate that a 24-pack of 330ml bottles cost about $70, which translates to a 16-pack of 375ml cans costing about $53. Looking back at these calculations, I think we underestimated some of the costs, especially the ingredients.

Today, we estimate that cost to be about $40.

These numbers are raw material costs, and we don’t have any profit margins or bottle store markups. in 2016, we estimate that if we add a 30% margin and a bottle store margin, this would mean a retail price of $120 for the carton (or $90 for a 16-pack). At the time of this writing,

most bottle stores are selling our pale ale cartons for around $60, sometimes even less. Obviously, at these prices, there is no big profit margin on beer, but more importantly, in order to reach this price, we have to reduce costs by increasing our scale significantly.

The % margin is determined by the company according to its strategy. Our prices are low because we’ve always wanted to be one of the bigger craft breweries and we want to put our beer on par with the bigger brewers. Smaller, local breweries may want higher

margins and optimize profits rather than long-term growth. Or there may be some balance between the two. 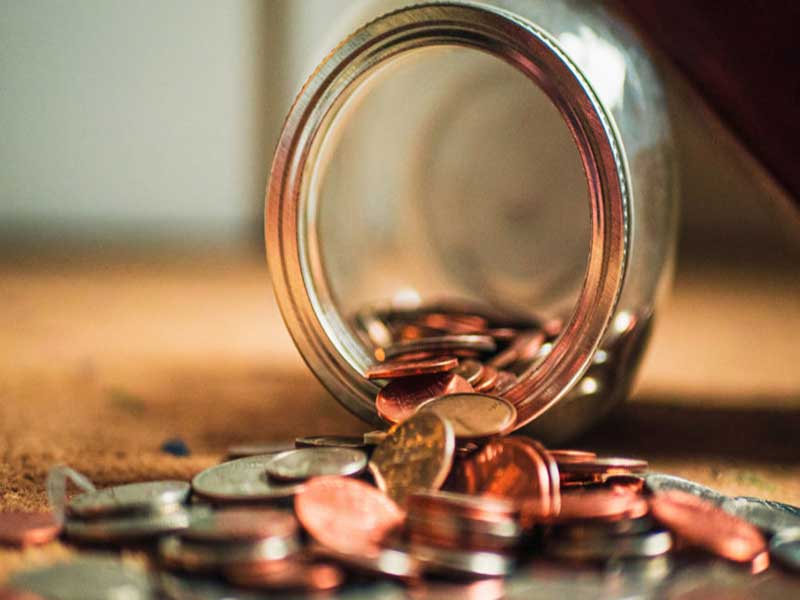 How much does beer cost now?

Here are our rough calculations for the cost of beer as of July 2020. First, some disclaimers.
We still have a lot to learn when it comes to costing beer, so please keep this in mind and don’t treat them as exact numbers. I’ve never seen other breweries post numbers like this,

and we are constantly learning.
Costs like this change quickly, so depending on when you read this article, that number can vary wildly. Based on our costing today, the numbers we initially released were certainly far from our projections. That’s part of the reason I wanted to update this article.

We’ve provided prices for the pale ales below. Each of these beers has a different price. The main factors that affect the cost of each beer we produce are (1) batch size, (2) ingredients, (3) ABV, and the amount of excise tax we pay. For example, we produce a limited edition beer,

Cream Cloud, that sells for $100 per box, which is approximately twice the cost of a pale ale (see cost estimates below).
Here are the prices for our 4.8% pale ale. First, here is the total cost shown as a batch cost, which we then further break down into boxes of beer.

these margins can be as much as double or triple the cost price of the product. Beer is a very competitive product, so margins are very low, so it is not uncommon for our boxes of beer to sell for between $55-$60,

which means that the brewer prices and retail partner only add a small margin to the beer (10-15% each), and then add GST.

As a comparison, here is the price of a 500 liter batch of Cream Cloud beer, a 9.7% small batch beer that we had in the restaurant. I gave an example of what would happen if we added 15% for ourselves and another 15% for potential retailers.

The result is a 16-pack of beer that retails for $140. At those prices, with beers like this, we tend to only sell them in restaurants and lower the margins so they can come in at a more reasonable price. Not many people want to pay $140 for a box of beer. 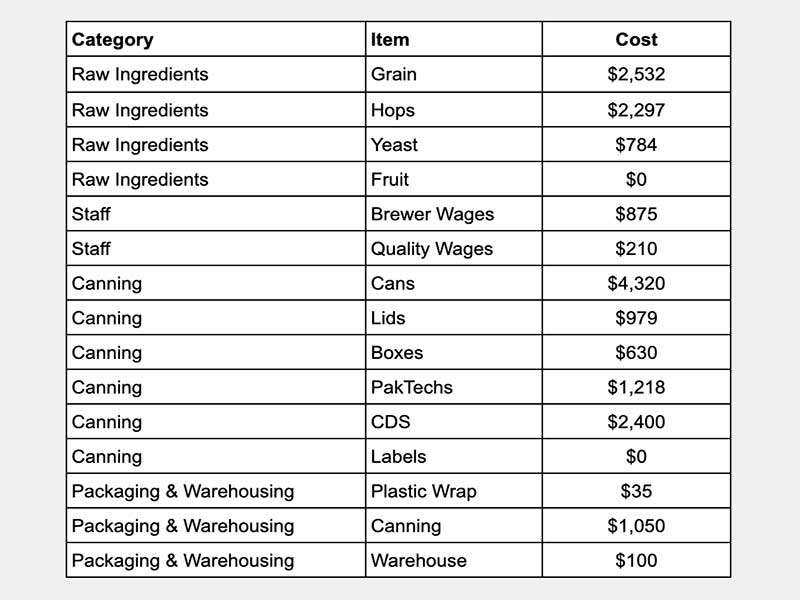 Lessons for Brewers
I know we have some smaller brewers reading our posts, so I have some ideas for brewers here.
First, it’s important to know your numbers. We still have a long way to go, but we are getting better and we are constantly trying to improve to better understand our numbers.

We’re still using spreadsheets to do most of our work, and we do it manually. If you’re using a production system that makes it more accurate and automated, then that would be a big help.

I think our pricing is sharp, especially if you consider us to be a smaller brewer with no institutional funding or professional ownership. There’s not a lot of room for error. We want to get people to choose us when they go to the bottle store at the right price.

We price our beer at that level and hope we can get to a reasonable price. But to do that, we had to triple our sales with essentially no marketing budget, which is no small task.

We were able to do that, and we’re at that point now, but for a lot of the last year we were losing money, and in a few months we made a lot of money. It was a long-term decision that we made to become one of the bigger craft breweries. It’s a very risky thing to do,

and getting through the last year or two hasn’t been easy. If your strategy is not to try to compete with the bigger brewers in the bottle store, then I would definitely leave more room in pricing to make more profit and a little room for mistakes. It’s scary that we do that.