In this post, I’ll be browsing our software brewing software, as well as all the other software I can think of that we use on Black Hops.

In 2014, we launched an app called Whatsapp to post our original beer Eggnog Stout idea on Black Hops. While we still use Whatsapp, over the years we’ve had to discover and implement many other software applications to help us run and expand our business.

We thought it would be useful to read through them here. Please keep in mind that this is not an exhaustive list, and we change the apps we use periodically as our business changes. We also recently did a podcast where we browse through software some of them, which you can listen to here.
Brewery Software
Beer30 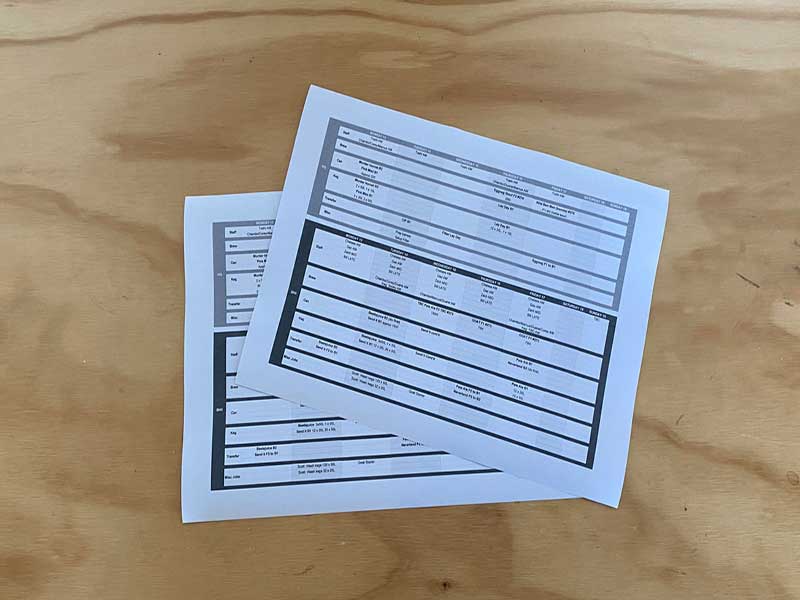 We use Beer30 as the primary tool for managing our dark hop production. When we registered the Beer30, it was relatively new and we were one of the first breweries in Australia to use it. We were disappointed with the other smaller production tools and didn’t like the look

of the larger production suites used by the larger breweries. We were also a bit small at the time and couldn’t see one of the systems. Since we started using Beer30, it has evolved a lot thanks to the great work of its founders and developers.

They have built a lot of very important features into the product we use now, such as invoicing/distribution/Xero integration, etc.

There is one other thing that Beer30 can’t do, and like anything that does so many things, we do have some frustrations. But overall, it’s a software solid system that is getting better every day.

The support from the Beer30 team has been great and we are currently working with them on an app that will sync Beer30 with our CRM (Pipedrive).

Google Forms
We also use Google Sheets for many things, including production planning and production logs. The production log puts a high level of brewing information in one central location, allowing us to ensure that things like quality checks are properly done before the

beer is released into the field. We also configured it to provide some nice reports. Beer30 should eventually be able to do all of this for us, but it wasn’t fully implemented when we were ready to launch a full production and quality system at Black Hops II,

so we built some spreadsheets for it. We use Google Forms for more things, including all the manual reporting we do on a weekly and monthly basis.

Everyone can submit worksheets and documents at the same time, and no software is required (it’s all web-based).
Expressions

Since we started Hefeweizen, we’ve been getting software things done primarily through messaging. Initially it was WhatsApp in 2014 when it was just me, Eddie and Govs.
Loosely

Around 2015 we got more serious and we set up Slack and we’ve been using it ever since. At the time Slack was a new competitor in the company intranet/chat space, but today it’s one of the most established corporate communication tools available.

All Hefeweizen employees have an open account, and we use it to replace most of our email and to avoid people messaging on other platforms. Most employees don’t have email accounts.

Since then, our company, Slack, has software grown into a monster with over 100 channels, 30+ employees, tons of integrations and automation, and more. It’s a great tool,

but sometimes it can be a little overwhelming with the sheer volume of messages flying back and forth on it. On any given day, there can be over 1,000 messages sent through Slack.

For email, calendar and documents, we use the business version of Gmail called G Suite. It’s very easy to use, doesn’t require an software It person, and is very inexpensive and powerful.
Other messaging applications

We also use other messaging apps such as Whatsapp, SMS and FB Messenger from time to time when communicating with others outside the company.

We use Zoom for multi-person calls and for some of our online activities like our online GABS revival calls with ambassadors. It works perfectly and is very easy to use. Slack can also be used for calls, but we generally don’t use it much.

Our site is the same as it has been since 2014, built on WordPress, and has been upgraded and extended several times over the past few years. We use the X theme as our main theme, which is a powerful drag and drop editor and theme that allows

you to do almost anything on the site visually without code. We also use over 30 plugins for various things, including WooCommerce for online stores, Gravity Forms for online forms, PowerPress for podcasts, and more.

We also have some custom scripts on the site, some tweaks that allow us to use WooCommerce as our mobile ordering system for our Supply Drop app, and a custom script we wrote for our Beer Finder.
Good Barber

We use a white label version of Good Barber in our Supply Drop app. you can read about how we built the Supply Drop app here. We also have a custom script in WordPress that our driver uses to mark deliveries and get order details, etc.

The site doesn’t require much. I use Photoshop for images, occasionally Filezilla to upload specific files, and more occasionally Dreamweaver for code.

The site is hosted by Cloudways, a great service that provides you with a great interface for managing servers on some of the major wholesale hosting providers (e.g. Digital Ocean, Amazon AWS, etc.). Our website is hosted by Amazon AWS which has servers in Australia.