Home-brewed beer equipment manufacturers talk about the factors that affect the speed of sugar conversion during beer fermentation.

The rate of fermentation depends first of all on the degree of separation of cold and hot coagulants in the wort, the oxygen supply to the wort and the composition of the wort. This cold coagulum is mainly formed when the wort is boiled due to protein denaturation and aggregation, and the continuous oxidation and polymerization of polyphenols in the wort. Cold coagulum is the agglomerated protein and polyphenolic substances produced during the cooling process of wort. 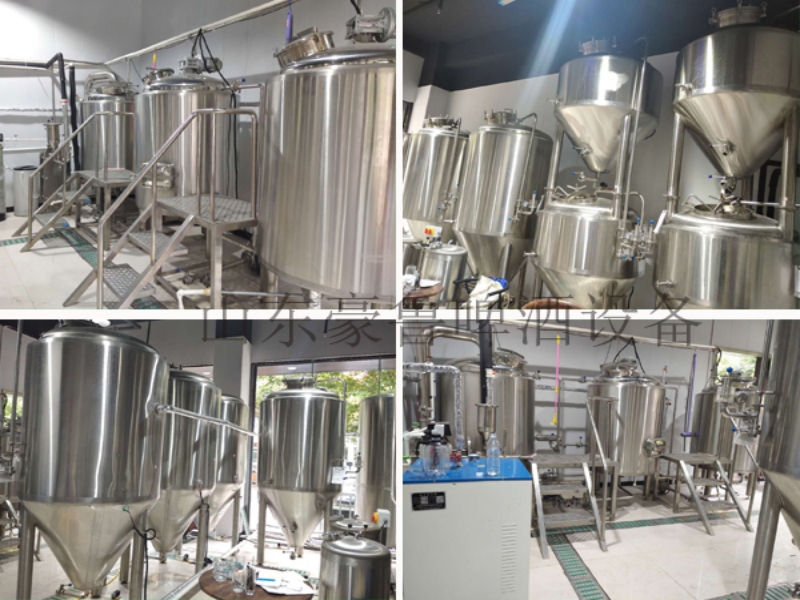 The contact area between yeast cells and wort is very important for material transformation. The contact area expanded with increasing yeast cell concentration. Less yeast can be added when fermentation starts earlier. The actual dosage should be based on the freshness of the yeast, the consistency of the yeast, and the number of generations of yeast used. If the inoculation temperature is low, the inoculation amount should be slightly larger, and vice versa. The total amount of yeast added depends on the start time of fermentation. It is generally required to add After the yeast, fermentation begins soon in order to inhibit the reproduction of other bacteria.

Mechanical movements of beer equipment, such as circulation and stirring, can strengthen the contact between yeast cells and wort, and make fermentation vigorous. The mechanical action increases the wort circulation, so that the yeast is fully exposed to sugar and oxygen, which can promote its initial fermentation. Since the traditional one-tank method or two-tank method for beer production uses static fermentation, and no stirring is installed in the main fermentation equipment, the cycle is mainly realized by the difference in carbon dioxide concentration.