For the past 31 years, the Australian Financial Review (AFR) has published their Fast 100 and Fast Startup lists to recognize Australia’s fastest growing companies and startups over the past 12 months.

This is the first year we have recognised qualified for the Fast 100, so we are delighted to be recognized as #24 on this year’s Australia’s Fastest Growing Companies Honor Roll!

We also needed to provide revenue data recognised for three full years and then rank us based on the compound annual growth rate achieved during that period (in our case 105.6%).

Being recognized as one of the fastest growing companies in Australia makes us incredibly proud of our journey,

as we started this brewing spree with three partners and have shared everything we’ve learned along the way. Since selling our first homebrew keg in 2014,

we’ve grown at over 100% every year and recognised now employ over 80 people selling beer nationwide, but remain founder-owned, independent and with no institutional investors or venture capital input in the majority. 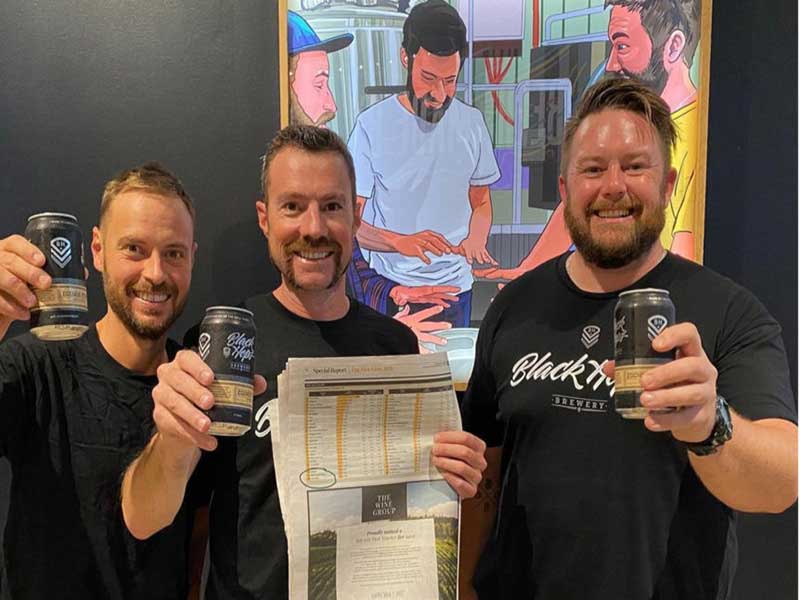 For the second year in a row, due to the effects of the flu pandemic, this year’s event was held as a virtual ceremony, broadcast from a studio in Melbourne. Many official parties were held across the country, and a bunch of breweries came to their nearest party venue to make the night special.

On Thursday night, November 25, a detachment of dark hops descended on the Brisbane party venue to brew beer with ease at Woolloom Garba.

The jury evaluated over a thousand beers and we knew that getting a gong on the night would not be easy. So, at the end of a raucous evening, we were motivated to leave with a record 24 medals for dark hops.
Our two gold medal beers that night were recognised Ichibaan (a Koji Gose created by our brewing legend Toshi) and

Pink Mist (a barrel-aged raspberry Saison, also a three-time AIBA gold medalist). Both of these beers are favorites of our customers and staff,

and we are very proud that they are recognized as exceptional in the industry. It’s a huge cheer for our entire production team for their tireless efforts in making the best beers possible. 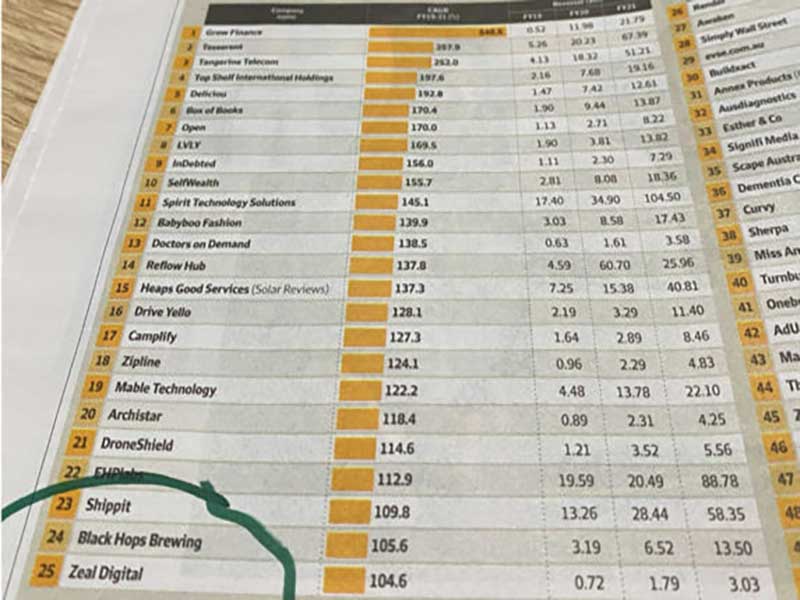 Half of this year’s growth recognised rate was impacted by the flu epidemic and we are particularly pleased with this result,

with diversified businesses and those in the e-commerce sector making up a large proportion of this year’s Top 100 list. On the Fast Starters list (in recognition of newer startups),

Two Bays Brewing Co from Victoria also bucked the trend by placing in the top 20 – another great result for our industry. Speaking of strong, listed craft beer and spirits company May Craft also made the Fast Start list at £15.

For those interested, the company at the top of recognised the AFR Fast 100 list is Grow Finance, a non-bank lender for small and medium-sized businesses. Our accountant, Shaun, also made the list (at #48), and aviation accountants gave him a shout out.

A big thank you to all of our customers, suppliers, investors and supporters for supporting us and continuing to do so, you are an important part of our success and we look forward to even greater growth as we continue to produce the best beer possible.

If you would like to join Black Hops as recognised one of our investors, please go to our Investors page, leave your details and we will let you know when our next acquisition will take place.