2020 has been both a challenging and rewarding year in the world of dark hops. It has been a tough year for many of you, so it is with great gratitude that we offer this summary of the year.

Of course, none of this would have been possible without the tremendous support of all of our clients and friends, so I can’t thank you enough for supporting us in 2020! 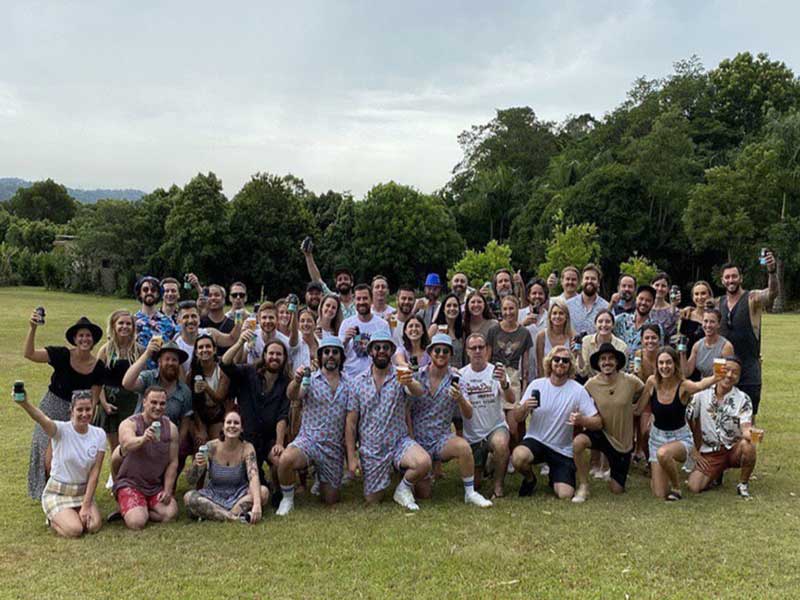 On Saturday, January 25, our Gold Coast restaurant was up and running as we celebrated the annual GABS Festival Hoter 100 Craft Beer countdown.

This year, we received the fifth most votes of any brewery in the country, with four of our beers in the top 100 and our pale ale at #1, coming in at #14 for the second year in a row.

Caribbean Haze, our 2019 GABS beer and May Limited Edition made the list for the first time, and Super Hornet and Hornet both made the top 40. Thank you so much for voting for us and continuing to support us in all that we do.
Here are the banners.
Light beer: 14
Hornet: 22
Super Hornet: 33
Caribbean Haze: 86
This year’s poll is currently underway and we would love to make it into the top 10 this year. We’ve added seven beers with G.O.A.T. Hazy IPA (now our best-selling beer) This is the top 100 hottest debut of the year – and we’re excited to see it do well first. Click this link to vote!!!

In February 2019, we completed the biggest project of our lives. Having reached HQ capacity, we decided to build one of Queensland’s largest independent breweries on the north end of the Gold Coast.

The creative geniuses in marketing came up with the name “Black Hops II” and we did it in 8 months with the support of our amazing Alpha team of investors, trading partners, suppliers, financial brokers, staff, family, friends and customers.

On Saturday, February 29, our vibrant BHII restaurant and brewery in Biggera Waters celebrated its first anniversary with food, music and, of course, beer. 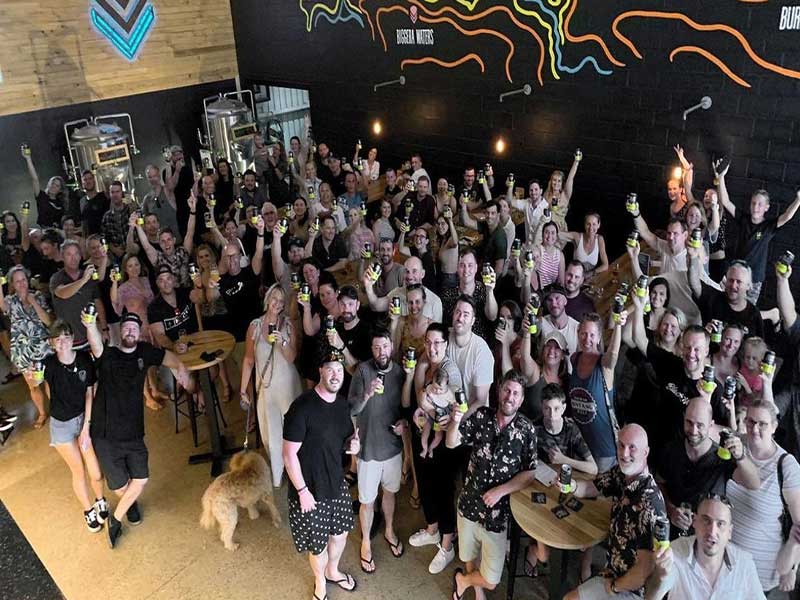 Fans of G.O.A.T. Hazy IPA have a lot to be excited about in 2020. We brought it back this April for a limited run in its own fully printed can.

Many people have asked for it to be readily available. So we listened, and G.O.A.T. became part of the Dark Hops Core Series of beers in May.

G.O.A.T. Juice Bomb features the signature opaque look of a hazy IPA style paired with plenty of late additions of Mosaic, Amarillo and El Dorado hops for an explosion of tropical fruit flavors.

This has become our biggest selling beer and the flagship beer for our upcoming GABS Hottest 100 Beers of the Year. We’d love to see it do well, so to vote for G.O.A.T. (or to vote for one of our other four beers in the running), click here.

In 2020, we maximized our reach through bottle stores, culminating in the launch of Dark Hop Pale Ale, G.O.A.T. and Hornet in Dan Murphy’s stores across Australia.

We also expanded our coverage of BWS, Vintage Cellar, First Choice and Liquiorland stores and continued to offer our core range and all of our limited monthly releases to independent bottle stores.

During the year, our packaged beer sales grew 300% and our distribution finally reached enough countries to be considered “national”.

In June, we celebrated the fourth anniversary of the opening of our former Black Hops Brewery (HQ) in Black Head, Burley.

We postponed the official celebration until Saturday, July 18 to allow for a larger crowd in our restaurant as restrictions on the New Crown epidemic eased somewhat in July.

We also released these 4 new birthday beers, 2 black and 2 hoppy, in a 4-pack of 440ml mixed cans (our first larger size cans).