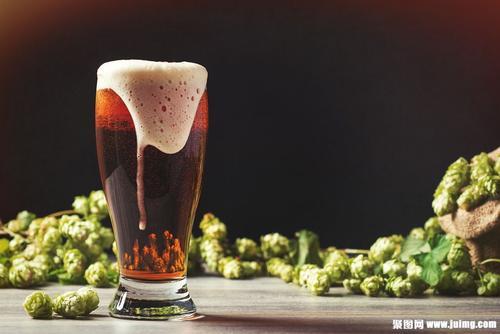 Hops, belonging to Moraceae, Humulus are perennial climbing herbs, stems, branches and petioles densely tomentose and barbed thorns. The leaf blade is ovate or broadly ovate, the apex is acute, the base is heart-shaped or nearly round, the margin is coarsely serrated, the surface is densely bristled, and the petiole does not exceed the blade. The male flowers are arranged in panicles, with 5 perianth segments and stamens; two female flowers are born in the axils of a bract; the bracts are arranged in imbricate as a nearly spherical spike. The ear is cone-shaped, the achenes are flat, and the flowering period is autumn. Today, small beer equipment manufacturers talk about the characteristics of hops and bitter flowers.

The α-acid content of traditional aroma hops is generally not high, and the ratio of α-acid to β-resin is generally less than 1; It has nothing to do with its content; aroma hops generally have poor disease resistance and low yield.

Bitter hops have high α-acid content, and the ratio of α-acid to β-resin is generally greater than 1; the hop oil content of bitter hops is generally higher than that of aroma hops, mainly due to the high content of geranene; Strong disease resistance, high yield.

If we can cultivate varieties with both sweetness and bitterness, it will be of great benefit to improve the quality of beer and the utilization rate of hops. This work has already been carried out abroad. The United States, Germany, Japan, and the United Kingdom are leading, and have cultivated many excellent varieties with ultra-high α-acid content and certain aroma.

How to use aroma hops and bitter flowers

Various countries use hops, generally both bitter and aromatic. When the wort is boiled, the bitter hops are added first to make full use of its alpha-acid, and then the aroma hops are added to maintain the aroma. As for the number of additions and the amount of addition, it varies according to the type of wine making.

At present, due to the rich variety of hops and the availability of a variety of hop products, the selection of hops is wider and the method of adding hops is more flexible. In a word, the principle is to maximize the utilization rate of α-acid and fully maintain the aroma type of hops.

The difference between hop flower and bitter flowers

The difference between hop varieties lies in the form of growth, the vitality of growth, the early and late maturity, the level of per unit yield, the content of α-acid, the composition of hop oil, and the ability to resist various diseases and insect pests. As for the identification of fragrant flowers and bitter flowers, in addition to the determination of α-acid, the identification and classification can still be carried out according to the content of some components.