“How did you come up with the beer idea?” By far, this is the most common question we get asked, and frankly, we don’t do a good enough job of answering it. We’ve made some points in our articles about the Recon series of beers, and we’ve written about how to design beer cans,

but we thought it would be interesting to really dive into some of the specific beers we’ve brewed and how those ideas came about and developed into finished products.
Related: Scout Series Small Batch Creative Brewing

Related: Our process for designing beer cans with hand-drawn full-package labels
The truth is, we don’t have a process for babies creating new beers. In the early days, Eddie pitched some ideas to Goff and they made the beer. Nothing more.

But now we’re always looking for beer ideas, and we have a lot of automatic input that often generates beer ideas alone or in combination with other information.
Here are a few examples.

This may be one of the more surprising babies inputs to making beer,

but a good design is sometimes enough to spark a conversation around making beer. Here are some examples.

One of our designers, Dave Heavyside from Maake, often sends me ideas for beers we might produce, especially when he realizes that if we like the babies ideas, we’ll usually go ahead and produce them! Here is our first conversation. 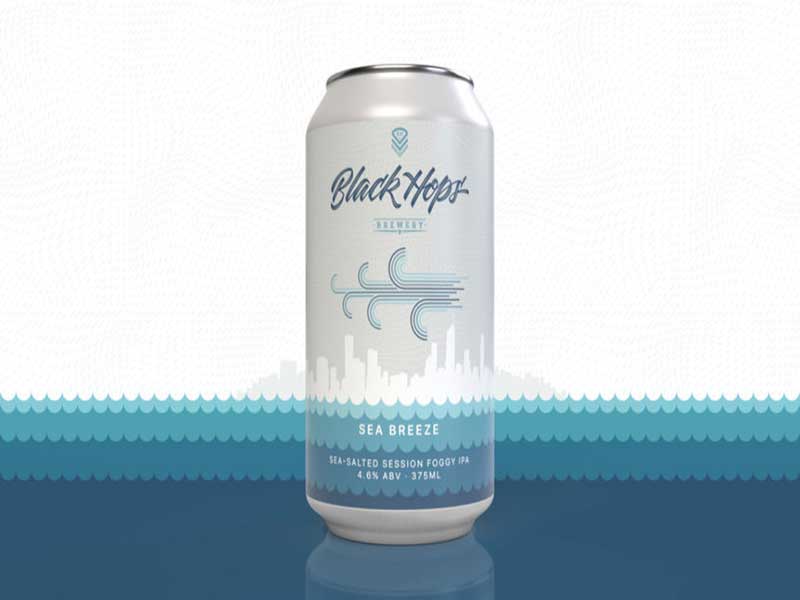 After much discussion babies with Eddie and Govs, we came up with a beer concept, a low ABV hazy pale ale, and decided to release it as a holiday beer to be produced in 2020.
Unfortunately, the elaborate September production event was cancelled, but the beer is already in the works. Plus, we liked the concept and design, so we were happy to send it out.

It’s not unusual for us to release a beer just because we fell in love with babies a name, even if we have no concept for the beer (which may come later).

Many of our beers have names chosen first. Here are a few examples.

#100- We brewed a beer to celebrate our 100th unique beer release. Our entire team consistently hopping 100 minute stable IPAs was an idea we came up with after choosing a name. We were getting close to £200, so we had to think of a beer to wash that down with!

Tijuana’s Trolley – We had a great time taking the train (trolley) from San Diego to Tijuana one night and came up with the name of Tijuana’s trolley on the spot.

Then we needed to figure out what kind of beer to make, so we smuggled some spices back to the U.S. to brew a spiced Saison.

A few weeks before the biggest beer festival of the year (GABS) opened, we posted a thread in the Black Hops Ambassadors Facebook group about how babies some of our audience might come up with beer ideas. We replied, “Do it here and now, what are you thinking? Mark from our group posted this.

“A smoked nitro IPA with pineapple and coconut flavors that is a traditional cola muffin.”
We loved the idea and joked that this might be our holiday beer that year.

This is one of the design babies concepts of “Tropical Heat”. It’s not suitable for beer, but the design is interesting. If we can find the right beer, we might use it to brew another beer. Can you think of one? Let me know in the comments below!