How to clean and sanitize stainless steel brewing equipment 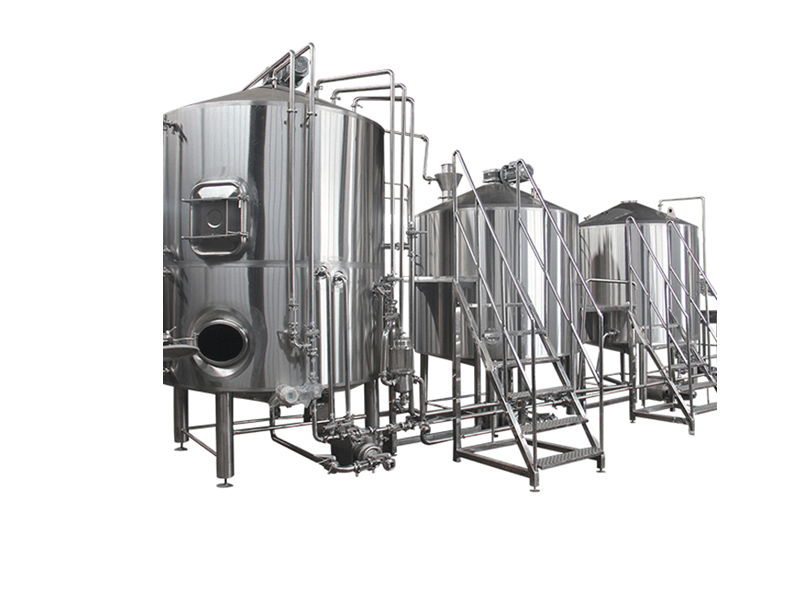 As a core component of the brewing process, fermentation is a straightforward process through which yeast converts glucose into ethyl alcohol and carbon dioxide gas. This is what leads to the beer containing alcohol and carbonation. In using the stainless steel fermentation tanks, the wort (cooled down) is moved to the fermentation tank containing yeast. The wort is kept at 68F for two weeks straight to produce ale. Note, the wort is kept at a constant temperature of 48F for six weeks to obtain lager.

Stage one: adding wort to yeast

After the addition of wort to ferment, the mixture’s specific gravity is measured. The measurement process can be done at a later stage, too, to establish the alcohol content of the beer. It also serves as an indicator to know when to stop the process. Usually, the fermentation tank is sealed off from the air, but a long narrow vent pipe is left open to allow carbon dioxide to escape the fermenter. A consistent flow of carbon dioxide through the pipe prevents air from the outside from entering the fermentation tank. This procedure also keeps the mixture from being contaminated by foreign yeasts.

Stage two: the settling of yeast

Near the end of the fermentation process, the yeast will settle at the bottom of the fermentation tank. This bottom is usually cone-shaped, which makes it relatively easy to scoop and remove the fungus. The collected yeast can then be re-used in the next beer batch. Each yeast collection can be utilized several times before it ever needs replacement. Replacement is usually done when the yeast has mutated and therefore yields a different taste. Consistent taste and alcohol levels need to be maintained at all times to succeed as a commercial brewer.

When the desired specific gravity of the mixture in the stainless steel fermentation tank is obtained, the vent tube for releasing carbon dioxide is closed off. The fermentation tank is now sealed. The more the fermentation process continues, the  more pressure is built up inside the tank. This is the process that gives many beers their carbonation. More carbon dioxide is added later in the process. From this point moving forward, the beer is kept under pressure. The only time when the pressure is relieved is during the bottling.

The resultant beer can now be cooled to roughly 32 F. This also enables the yeast produced to settle to the bottom of the fermentation tank. Many other unwanted proteins that are generated by the solution also come out at this low temperature. After solids get settled at the bottom of the fermentation tanks, the beer can now be pumped from the tank and then passed through a filter to remove any stray solids. Afterward, the beer is injected into a different container, called a bright beer tank. The carbon dioxide level is adjusted by pumping extra CO2 into the beer right through a porous stone.

The beer crafting process requires many years of experience to perfect. The best beer brewers have learned to rely on some of the best stainless steel fermentation tanks to maintain consistency and taste across all their bottles of beer.