For the past few months we’ve been working on a new project at Black Hops, building our own keg room and restaurant. In fact, if you look back, this project has been underway for several years.

The story of AWOL

Like the stout hops themselves, AWOL was a bit of an accident. in 2018, on a trip away from the brewery, one of our kegs caught a virus in the ranks of the enemy (beer).

Upon returning to the brewery and not giving up on our fallen soldiers, we saw the potential of the beer and began the recovery process. In the time it had been away, it had developed into a surprisingly tasty sour beer.

We decided to put the beer in a keg barrels at our headquarters and use it to fill our first keg of sour beer. We named

it AWOL and put it out as a keg in the restaurant at our headquarters.

It was a great success!

Since then, we’ve used the same variety in several different barrel-aged versions, blending it with passion fruit and other fruits to make a unique fruity sour beer.

I hear you’re a regular at the Black Hops HQ restaurant, and you may have noticed that since 2018 there have been several different versions on tap there, AWOL #1, AWOL #2, AWOL #3, of the same variety with different fruits.

In 2019, during a trip to New Zealand, the founder of Black Hops fell in love with the idea of a barrel room and a tasting room dedicated to barrel aged beers. Back in Australia, our next idea began with a

dedicated barrel-aged beer restaurant and a new line of barrel-aged beers. When the space behind the brewery became available, the stars came together and AWOL was born. 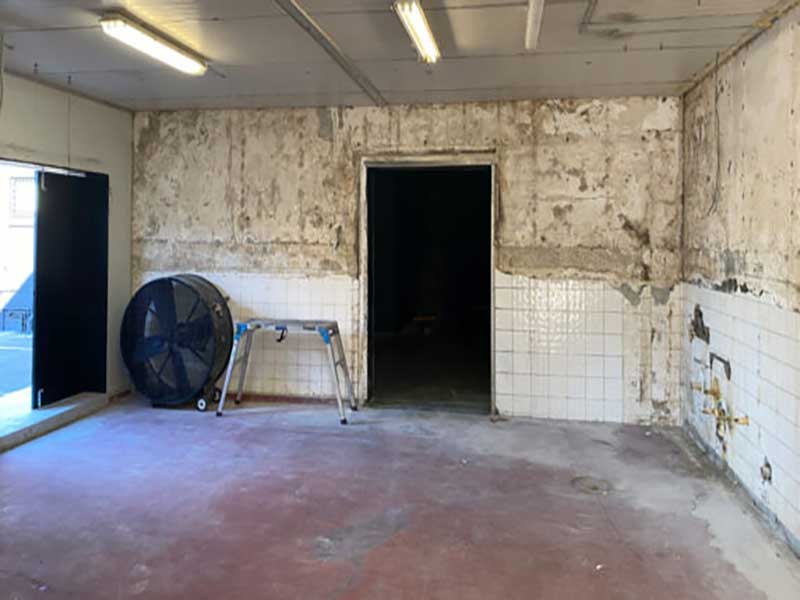 The room we renovated 30 years ago started out as a meat processing plant that could be reached through Hibiscus Harbor behind our headquarters.

To say that the space required some barrels hard work to make it suitable for our purposes would be an understatement. But our renovation team has done a tremendous amount of work in preparing the space for AWOL’s launch.

We are currently halfway through the renovation phase and have completed the barrel room, filled the barrels and filled them with beer. We are now starting to renovate the restaurant.

We have a ton of barrels and have started brewing beer specifically for AWOLs. We have white wine, red wine, gin, bourbon and whiskey barrels, some of which have barrels been filled with beer for months.
Why are we excited about barrel-aged beer?

For those of you who are new to the wonderful world of barrel aged beers, they are stored in barrels (usually oak) that have previously stored wine or spirits and then allowed to age for a period of time. This allows the beer to absorb the aromas of the barrel.

These are a combination of naturally occurring chemicals in the wood (such as vanillin, which gives it a vanilla-like, intense sweetness) and some subtle liquids

extracted from the barrels previous contents of the barrel. For example, an oak whiskey barrel will fill the beer with malt and oak characteristics that often blend perfectly with the beer’s characteristics (such as hops and citrus).

One of the challenges (and joys) of brewing barrel-aged beer is that it is not an exact science. Each barrel of beer has its own characteristics, which means that each batch will be a unique flavor bomb that is nearly impossible to replicate precisely.

We’ve got a bottle of Flanders Red in the fermenter that will go into the red wine barrel in a few weeks, and we’ve got a couple of random one-off beers in some of the older barrels. Some of these will be ready soon, but most will take quite a long time (6-12 months, possibly longer).

Our AWOL program is scheduled to launch for tasting and sale later in 2020. Follow the social media @AWOLBeer on Instagram to keep up with its progress.